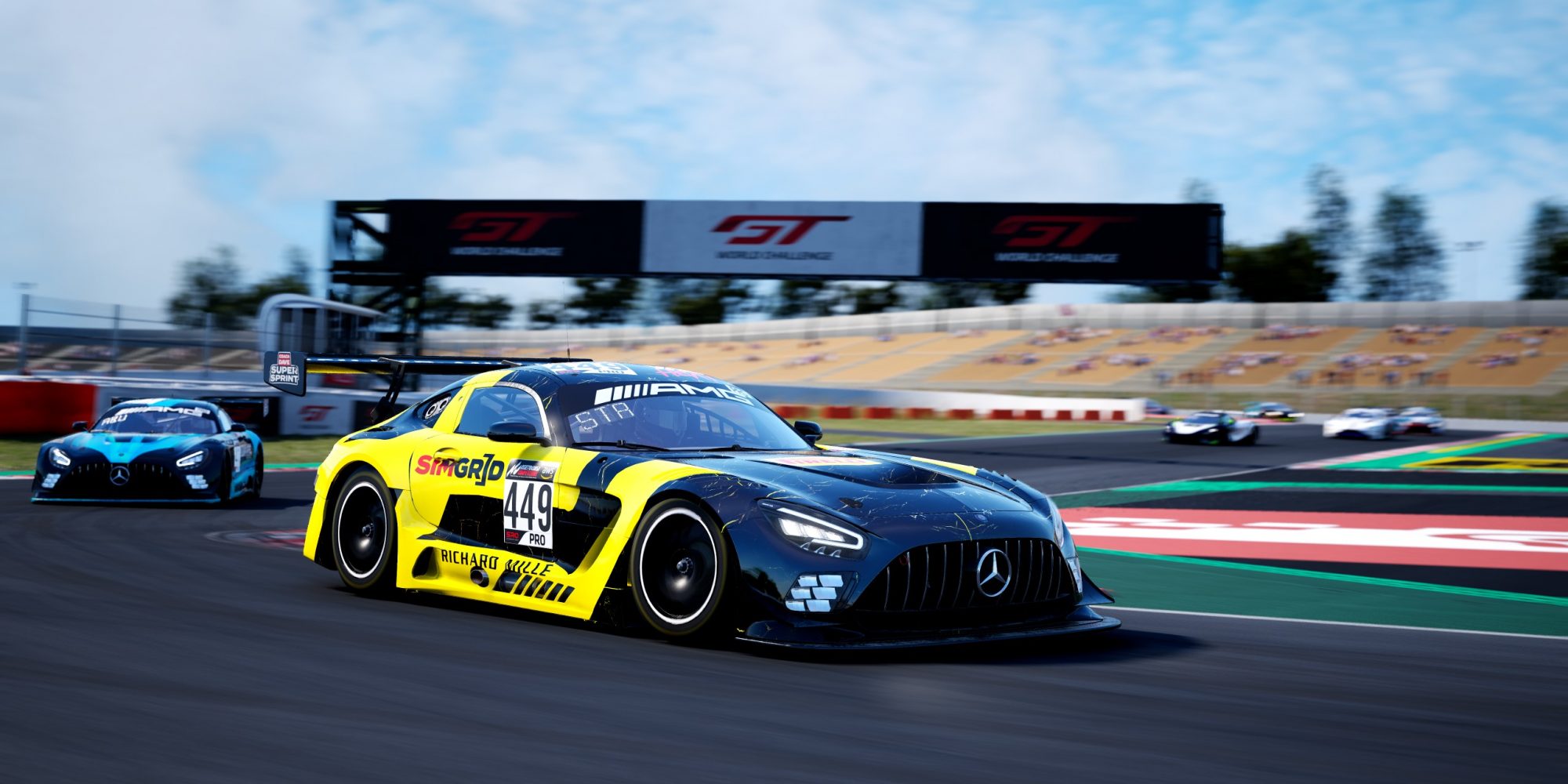 Five rounds, nine different winners in ten races and just one point dividing the two best teams. In the span of two hours, the trophy for the final win changed hands multiple times, but in the end, it was the YAS HEAT Pirelli #449 to celebrate in Bathurst.

Considering the format and points’ scoring system, it was easy to understand that the fight for the Coach Dave Super Sprint title would have gone down to the wire, but no one could predict this type of ending.

The first heat of the evening was dominated by Simware.Pro #41, becoming the ninth different winner in nine races. After starting from pole position, Abuladze created a good gap, which was then maintained by Bykov in the second stint. Behind race leaders, things became interesting already in turn 1. While fighting for P3, a slight touch between Statsenko and Houben, on the R8G Esports #221, could have ended in disaster. Luckily for them, both drivers did not lose much time, but the YAS HEAT Pirelli team found themselves down in P7. The superior pace shown by Statsenko allowed him to come back in P5 before the pit window opened.

Just ahead of them, Stapleford had to work hard to keep at bay Zholobov (#919 SMP Racing Esports) and Houben. A fight between the two Mercedes-AMG cars in the pit phase allowed Isaac Price, Stapleford’s teammate for this final round, to build a comfortable gap and YAS HEAT to come back in the podium fight.

While BMW G2 was able to secure a P2 at the end of race 1, it did not go the same way for #919 SMP Racing Esports, as Murdasov was involved in a contact with a backmarker on the mountain in the final minutes. The damage to his Mercedes-AMG made him a sitting duck on the long Bathurst straight, meaning he had to settle for P8. R8G Esports grabbed the final podium spot, just ahead of YAS HEAT #449.

While Simware.Pro #41 won the first race in Bathurst, things did not quite go according to plans for their sister car, #42, which was leading the standings before the final round. Following a P11 in qualifying, Novikov and Sadyrov have never been able to come back inside the top 10. Achieving that would have been crucial in order to get at the front of the field in race 2 with the grid reversal, but they came up short. Things went from bad to worse when Novikov hit the barriers with just 10 minutes left in race 1, getting to the line in P14. A subdued performance from them, giving a clear advantage to both BMW G2 and YAS HEAT Pirelli heading into race 2.

Heading into the season’s final hour, BMW G2 Esports had a 3 points advantage over YAS HEAT Pirelli. On the other hand, Malinowski and Statsenko could benefit from a start in P7, two places ahead of Stapleford and Price. The first lap became crucial for the final verdicts of the championship. A collision between Price and the Carbon Simsport #7 in turn 5 sent the BMW G2 #62 into the wall and to the back of the field.

With YAS HEAT in a commanding position, gaining spots and sitting in P3, it would have been easy for the BMW G2 duo to just call it a day. But they never did, and the title fight suddenly opened up twice. Malinowski received a 10 seconds penalty following a contact with the other YAS HEAT car, #75. The team answered to the stewards’ decision by performing a late stop in the pit window: a strategy that allowed Malinowski to build a gap from midfield runners.

When Malinowski handed the car over to his teammate Statsenko, they had lost just one spot to the #80 Williams Esports. And with BMW G2 struggling, it would have been enough to clinch the title. Statsenko, though, wanted to grab that final podium spot and went down the inside of van der Velde at The Chase. The bumpy nature of the little kink before the chicane sent him into a spin, relegating him down in P7, becoming a P5 at the chequered flag due to a couple of penalties to cars ahead.

Interestingly enough, on the same lap and in the same spot, Stapleford missed the braking point and was overtaken by Jaroslav Honzik, in the #75 YAS HEAT, who kept P6 until the end of the race. A slight mistake that became decisive for the assignment of the title.

While we focussed on the title fight, the battle for P1 in race 2 has been an interesting one. SMP Racing Esports #919 became the first and only team to win two different races in the championship. Starting from P3 on the grid, Murdasov made a move on Foch already in turn 1 and continued his charge towards the lead of the race just a couple of minutes later, when he overtook Aloo Gobi in the Griphax Engineering #49.

Zholobov never blinked and brought the car home in P1, but he had to defend from the strong recovery drive by #221 R8G Esports. In fact, Niklas Houben and Amir Hosseini finished just 1.5 seconds behind race winners. They can be satisfied anyways as this P2, combined with the third place in race 1, put them in P3 in the overall standings, one point ahead of the Simware.Pro #42. Novikov and Sadyrov had a nightmare racing evening in Bathurst, collecting just a P14 and a P18.

The Race 2 podium was completed by Griphax Engineering #49, with Aloo Gobi and Joonas Savolainen sharing the wheel. A good confidence boost that comes right at the end of a complicated championship for them.

The first season of the Coach Dave Academy Super Sprint has come to an end, and what a season it has been!
We have seen teams and drivers going back and forth in the last couple of months, but the show goes on here at The SimGrid. While Thursday nights might feel more empty now, the Coach Dave 1000 will be with us for most of the summer while we wait for other exciting championships to be revealed. Meanwhile, we celebrate our freshly crowned champions: Maciej Malinowski and Mikhail Statsenko.