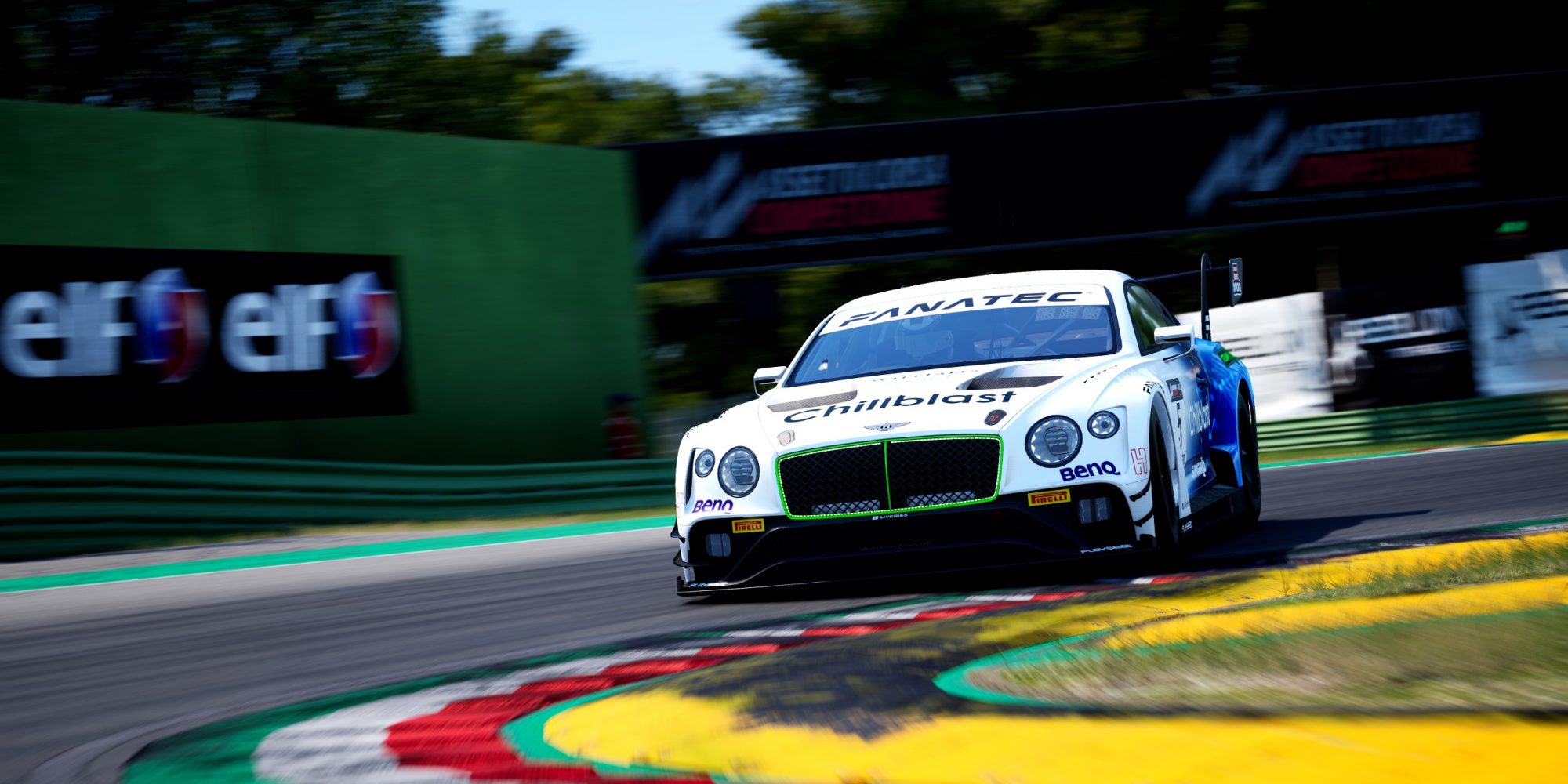 They just missed out on the win in round 1, but it is now time to celebrate for Williams Esports. Daire McCormack, Igor Rodrigues and Tinko van der Velde won by a comfortable margin in Imola, the race venue for the second round of the Coach Dave 1000, brought to you by Turn Racing. Despite the 30 seconds separating them from P2, it has not been as easy as it looks. In fact, they had to fight against a challenging Simware.Pro #322 until the final hour.

Williams Esports and Simware.Pro #322 started respectively from P2 and P3, but it was the GTWR R8G Academy setting the fastest lap in qualifying and therefore starting from the front of the pack. Unfortunately for them, the GTWR BMW M4 #157 had to give up the fight for the lead soon. After the first stint, a mistake in the pits resulted in a 30 second stop & go penalty. A disconnection later on in the race forced them to retire, coming home with just the two points granted by the fastest lap.

With #157 outside of the fight for the win, the dualism between the two Bentleys of Simware.Pro and Williams Esports spiced up the race. The latter stayed in a commanding position through the first two hours and a half of the race, when a little mistake by van der Velde, running wide in Acque Minerali, gave the chance to Kirill Sadyrov to get into the lead of the race. Not a big issue for the Dutchman though, as he was able to quickly regain the lost spot with a brilliant manoeuvre at the Variante Villeneuve. van der Velde went around the outside of Sadyrov, which turned into the inside for the second part of the corner. But the battle was not over yet.

In the penultimate pitstop phase, Novikov emerged again on top on pure strategy, but an unpleasant surprise was waiting around the corner. Due to a miscalculation of driving times, Simware.Pro #322 was disqualified. A costly mistake that would pave the way for Williams Esports’ first win of the championship.

While #322 was certainly gutted for the final results, Simware.Pro saved the day thanks to the other car on the grid, #41. First-round winners Vyacheslav Abuladze, Mikhail Bykov and Egor Ogorodnikov went to hell and came back in 6 hours. After qualifying in P3, an issue right before the race forced them to start from the back of the field.

The trio put their heads down and was able to recover. Making the best of Bentley’s top speed, they quickly climbed the race standings, finding themselves in top 5 with just 2 hours left on the clock. The DQ to #322 and a final overtake on the T3 Motorsport #166 completed the comeback that saw them clinch a podium spot, right behind the #128 JAESA Junior, which had a quiet but solid performance to grab some important points for their campaign.

The charge through the field has not been an easy one at all for Simware.Pro, as it reserved some scary moments as well. For example, when Ogorodnikov tried to make a move on Tufeanu, and found the BMW #201 driven by Giacomelli stopped in the middle of the main straight due to a technical issue. Luckily enough, no consequences were reported for all the teams and drivers involved.

WPS Racing Team #21 rounded up the top 5. P6 was claimed by SPQRacing Team #201. Despite the issues suffered by Giacomelli, the team went on to get a good P6 in their home race. They led a group of three BMW M4s, with the others being Wippermann Racing #211 and West Competition Racing – Academy #3.

Wild Things Racing and YAS HEAT just about made it into the top 10 for the second race in a row. Despite a poor qualifying form that saw them starting respectively in P21 and P22, the two teams were able to recover throughout the 6 hours of racing, gathering precious points for the remainder of the season.

Taking a look at the overall standings, we might see a similar script to what we had in Imola, with two Bentleys fighting for the win. Williams Esports is now in the lead with 94 points, 8 more than Simware.Pro #41. JAESA Junior sits in third with 68 points, while YAS HEAT and Wild Things Racing have 50 and 46 of them.

With 3 rounds left, for a total of 18 hours of racing, ahead of us lies a hot and long summer, not only in terms of temperature. Will the dualism Williams Esports-Simware.Pro go on? Which teams can emerge from the midfield to fight them? We will get these answers on the 4th of June, when the Coach Dave 1000 sponsored by Turn Racing will visit Nurburgring for another Saturday of endurance racing at The Sim Grid.