Williams Esports end the Endurance Cup Season on a high 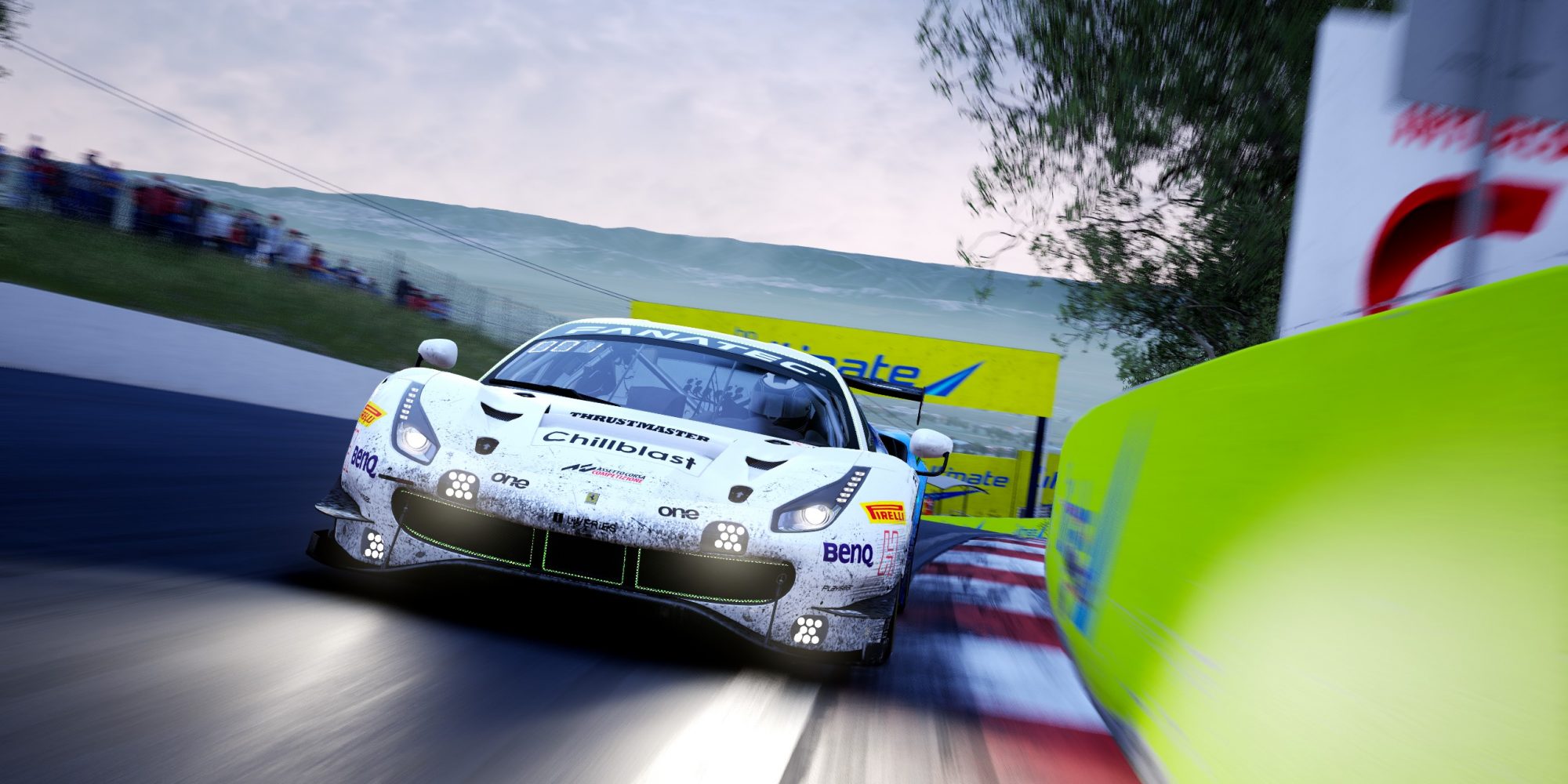 The SimGrid Endurance Cup Season 4 came to a mighty end on Saturday as some of the world’s best sim racers went head to head for the season finale. There’s no better way to round off the championship than at the world-famous Mount Panorama circuit. Here at the SimGrid, we are no strangers to world-class racing, however, the 6 Hours of Bathurst provided some of the most gruelling racing we have seen all season long. Bathurst is a special place to go racing and needs little introduction due to its infamy.

A special mention must go out to our Season 4 Champions who wrapped it all up in style at the penultimate round already, which was hosted at Kyalami. The R8G eSports trio of Niklas Houben, Dennis Schoeniger and Chris Harteveld was an absolute force to be reckoned with all season long, piloting their beautiful GT3 Audi LMS Evo to 3 wins out of 5 races. An impressive record over the season and with a 4th place finish at Bathurst they rounded off their season in great form.

The Williams Esports team stunned while pulling off the perfect race weekend to take their first win of the season. Better late than never is the saying that comes to mind for the #5 Ferrari team, who clinched a phenomenal pole position ahead of the favoured Audi pack around the mountain.

Daire McCormack, Igor Rodrigues and Tinko van der Velde didn’t stop there though, turning the magic dial on in their Ferrari, the gents charged on to an unreal victory. It was poetry in motion watching them caress their GT3 car around the adulations of Bathurst. Just 5 laps into the race and McCormack was able to punch a 3-second gap between himself and Simonini behind. Roll on the hour mark and the gap was extended to almost 13 seconds. It was as if they were able to bang out qualifying laps while everyone else had race mode on.

With each passing hour, the car looked more in tune and when the clock ticked over to zero the team had a more than healthy lead of over 1 minute. You’d think with a lead like that, you’d see them hit cruise control but they continued to push right to the end. They were also able to clinch the fastest lap, being the only team to do a sub 2:01.00 lap time. The official time was 2:00.665, a full half a second quicker than anyone else in the field.

For a team that had a difficult season, it was definitely a statement and certainly the best way to round off the season. A performance like that could be a huge confidence boost for the drivers for the next instalment of the Sim Grid Endurance Cup.

If you are just as enthusiastic as I am about a good fight then you will love this one. It was gloves off at Bathurst as CDA/DAL/ACR and GTWR R8G Academy – Black pushed each other to their limits in the pursuit of the runner up spot in the championship. The GTWR outfit seemed to have the upper hand through qualifying and the race.

The #457 Audi was rock solid in quali, doing enough for P3. While the community car in their #383 Aston AMR V8 Vantage narrowly missed out recording P8 in qualifying.

It didn’t take long for both cars to be fighting inside the top 5, almost immediately from the start it was the Aston in P5 chasing the Audi in P2. It was a game of cat and mouse and as an hour passed the Aston managed to find its legs charging to a P4 while the Audi dropped behind them in P5. Mike Noble had done a terrific job, putting himself in a strong position for a podium and possibly a race win, but it all came apart when he came in for a routine stop and picked up and stop&go 30-second penalty for speeding in the pitlane.

A penalty of this magnitude is almost a race ender even in a 6-hour race; it dropped them down the order into 23rd after running so strongly in P4. This gave the GTWR Audi a huge advantage and every chance for them to claim 2nd in the championship.

With the Aston facing a huge mountain to climb, literally and figuratively, it was a true comeback hall of fame moment to see them fighting for a top 10 with just over 3 hours left. Whatever the CDA/DAL/ACR boys had for breakfast was definitely working. They had to fight for every lap while the Audi cruised ahead in P2. Every single position was vital points and when the checkered flag finally came out the Aston crossed the line in a heroic P6 giving them enough points to hold onto 2nd in the Championship by 2 points over the GTWR team! It was such an intense and very enthralling battle on points that kept us on the edge of our seats. You love to see a fight like that right until the dying breaths.

It was a season to remember for many reasons but most importantly at the SimGrid, we are just proud to host a platform like the Endurance Cup which attracts so many world-class talents.

The racing was of the highest quality over the 6 rounds. Watching the racing on the broadcast you almost forget these are drivers sitting in their rigs at home and not in the actual cars. It was encapsulating from start to finish and the enjoyment levels were of the highest order from Round 1 in Spa all the way to Round 6 at Mount Panorama.

The teams have really made SimGrid their home and to the supporters and readers thank you for allowing us to do what we do best. The support for the whole series as well as the broadcast has been phenomenal. From the drivers, teams, admins, stewards, broadcast team and organizers thank you for all the effort.

If you want in on the latest updates with the ins and outs of the SimGrid then don’t be shy and go and sign up on our website. Also, join our Discord channel and be a part of the conversations. Last but not least there’s our newsletter with all the latest news for your interest. We look forward to seeing you around.

Until the next one, keep well and stay safe!