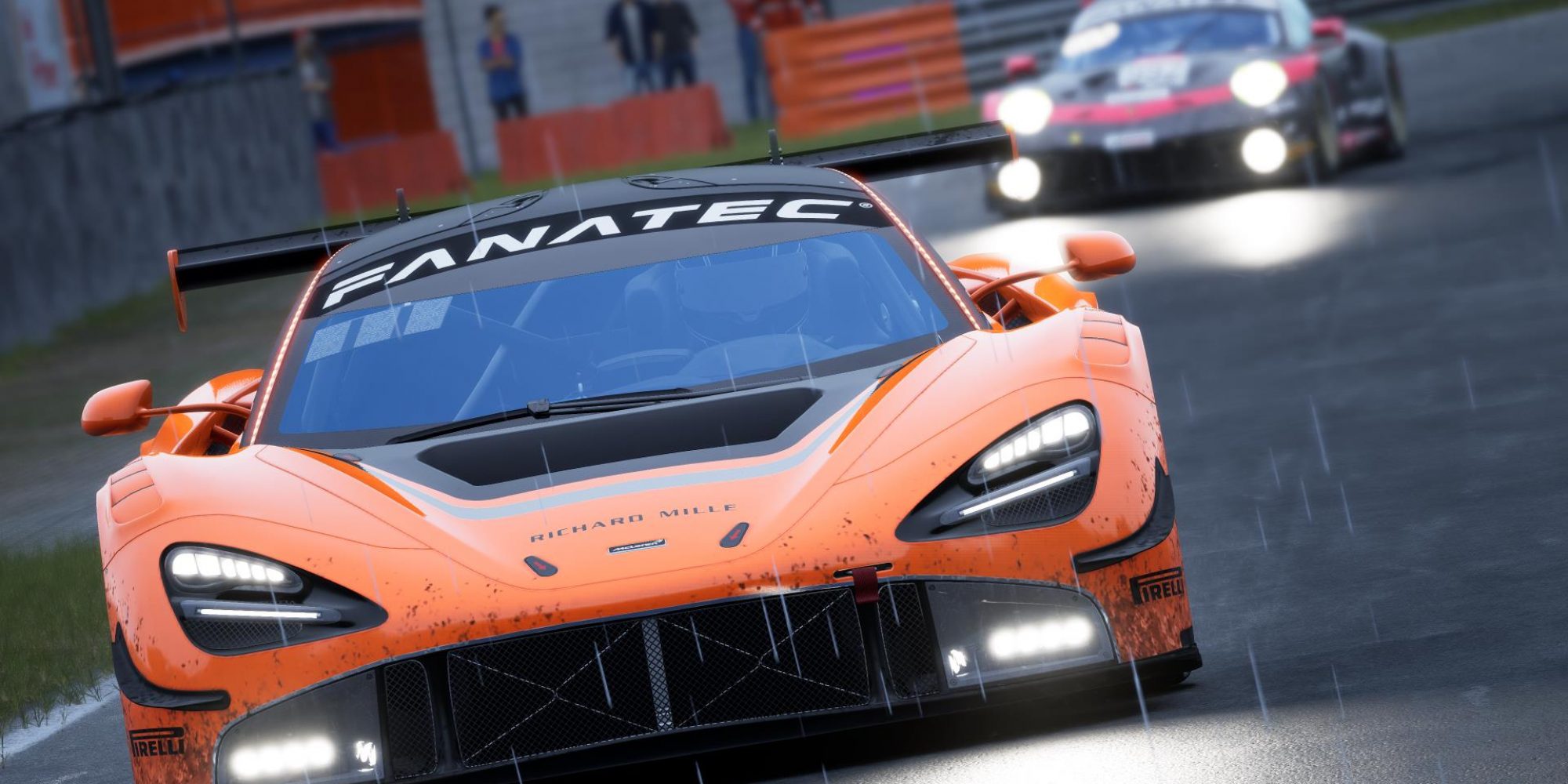 For the penultimate round of the season, the SimGrid Sprint Cup headed to the Netherlands for a tour of Zandvoort. Given their stellar form so far this campaign, the #992 Random Pasta Bowl team arrived at the seafront circuit with a mathematical chance of sealing championship glory. However, their nearest rivals weren’t planning on making it easy for the Porsche squad.

In a class of their own

Arriving off the back of three consecutive race victories in the Sprint Cup, Maciej Malinowski continued Random Pasta Bowl’s rich vein of form by going more than a quarter of a second quicker than anybody else in qualifying. That handed the championship leaders pole position, making it increasingly crucial that the #47 UKOG47 entry qualified well too. The McLaren-equipped team began the event as the most likely challenger to Random Pasta Bowl for the Sprint Cup title, and fortunately for them, they were also up to the task in qualifying as they joined Malinowski on the front row of the grid.

As the laps ticked by, Random Pasta Bowl threatened to continue their winning streak, managing to pull out their lead gap over George Boothby to around a second and a half. However, by lap twenty-three, the margin had come down to just half a second, and Boothby continued to push hard to catch up with the Porsche.

A handful of laps later, the heavens opened and both drivers would have to dive into pit lane for a set of wet tyres. Ever the opportunist, Boothby braked as late as possible upon entry to the pit lane, meaning that at the end of the first stint the two teams were split by a hair. Furthermore, a slightly tardy stop from Random Pasta Bowl would hand the race lead to UKOG47. With that, Niels van de Koekelt was able to bring the McLaren home for the team’s first race victory of the season, while Cody Pryde (acting as super sub for Michael Tauscher this time out) couldn’t quite retaliate in second place.

The leaders crossed the finish line less than two seconds apart, and over thirty ahead of the rest of the field. A sublime performance from both sets of drivers means that the championship tussle still isn’t over yet. Game on.

Best of the rest

Away from the battle for the overall honours, an intriguing fight began to emerge for the final step on the podium. Melbourne had led the way in the #70 Volante Racing Asetek SimSports Bentley, but an error soon handed third place to Savolainen in the #11 Griphax Engineering Ferrari. The game of musical chairs wasn’t quite complete, however, as Savolainen then ran wide at turn nine, handing third to Giuseppe Montalbano for Omega G-Performance. On lap twenty-nine, the rain pelted down, but the #70 squad had gambled on a set of slicks during their pit stop. That proved to be the wrong decision, and so they fell out of the fight.

The pit stop phase had shaken things up a bit as it turns out. Although Karim Mattea remained in third place having taken over the #340 Bentley from Montalbano, the #991 Ferrari of Jonas van Dreuten had rocketed up the order into fourth. With thirty minutes to go, van Dreuten caught Mattea, but unfortunately, the battle would be over before it really began. At Hugenholtzbocht, van Dreuten made contact with the rear of the Bentley, spinning Mattea out of third place. Inevitably, a drive-through penalty beckoned.

For Mattea, this meant that he had fallen back into the clutches of a four-car train. At the tail of it, Jan Willem van Ommen was showing good pace in the #38 Dalking Community car. Having taken to the outside line on the entry to Hans Ernst bocht, van Ommen then had the inside line for the second part of the corner, earning him seventh position from Excel Racing by Rennwelten’s Maximilian Wohlmuth. Then, on the inside line of the final bend, van Ommen made his way past the #11 Ferrari as well, albeit with a bit of side-to-side contact.

Dramatic end to the battle

The most significant contact was still yet to come through when Niklas Houben attempted to sweep around the outside of Mattea at turn one. As the trajectories of the two cars converged on the exit of the corner, the #340 Bentley was spat across the nose of the #15 Unicorns of Love Porsche. At high speed, it ricocheted into the wall and then back onto the circuit, narrowly avoiding Jesse Kauppinen in the #11 Ferrari as well.

As it was a racing incident, no penalties were applied, meaning that it was still game on for third place. The #38 Dalking Community Aston Martin began to reel Houben in after the contact. The end result was a forceful – but arguably fair – move up the inside by van Ommen at turn nine. The stewards didn’t quite see it that way with the benefit of multiple camera angles, however, and so the #38 car was ordered to concede third place back to the #15 Porsche.

What the winners had to say

Having triumphed in style, the UKOG47 drivers were in good spirits; clearly very relieved to have broken their Season 4 duck.

“We had quite a few races where we were near the front and potentially maybe [could] win, but it never quite happened… until now!” Boothby joked. “So yeah, we’re very, very happy.

“I think we both drove as good as we could do today, and we just got lucky on the pit stop really. We went right behind them, they made a tiny mistake in the pits, and there we go.”

It was a perfect result for van de Koekelt too, at the circuit which he can almost call his home.

“I’m lucky enough to live pretty close to the track, about five minutes away,” he explained. “So I know it quite well, it’s always been one of my favourite tracks as well to drive.

“We were just in a good position again, and the car – even though we were on a dry set-up obviously – it actually felt really good in the wet. All I had to do was just keep up the pace, and as George said, we were just miles ahead of everyone so at that point it was just about keeping it on the black stuff.”

With just one race to go, UKOG47 are within 21 points of the championship-leading Random Pasta Bowl crew. So, can the McLaren outfit pull off a remarkable comeback right at the death?

“Who knows?” van de Koekelt replied. “After all, a lot of things can happen in racing. You can never really predict what’s going to happen, especially in a round where the title gets decided.

Join us again on the 23rd of September as the Sprint Cup Season 4 title battle reaches its climax at Circuit de Spa-Francorchamps.