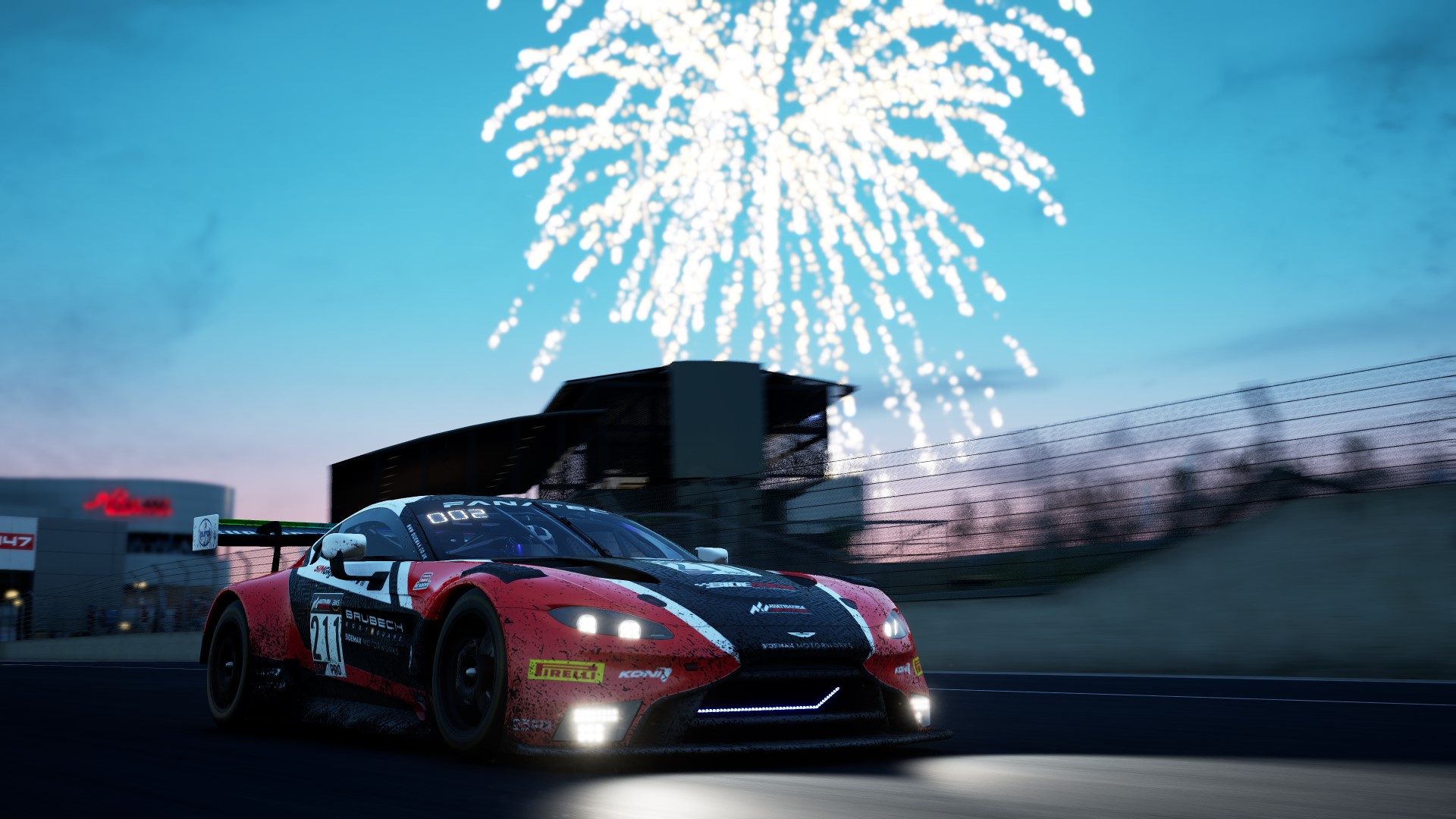 The SimGrid x VCO World Cup was one of the biggest events Sim Racing has ever seen. As 97 of the best teams Assetto Corsa Competizione has to offer took to five of the most iconic tracks across three different continents, we saw some pretty incredible feats. Let’s take a look at how the championship panned out from a statistical standpoint, but firstly, how did the season pan out on the track?

Of all ways to kick off the season, heading down under to Mount Panorama was a pretty good stage for 12 hours of racing. The mountain has thrown some drama in past races at SimGrid, and this was no exception. GTWR R8G Academy 1 looked to set their title defence off the best way possible, but it was DV1 Triton Racing who’d draw first blood despite taking pole.

Round 2 and we headed to Spa Francorchamps for the first of two 24 hour races of the season. With the season’s success ballast doing its work, we had a new set of teams on top. However, it was not to be for a certain SideMax Motorworks #211 car, who suffered a disconnect, allowing Simware.Pro to inherit their first win of the season after taking 15th in the prior round.

The 12 hours of Donington saw yet another new winner, as BMW G2 Esports climbed to victory, as DV1 Triton Racing returned to the podium to take second place. Meanwhile though, Simware.Pro languished in P15. Their luck would turn around though at the 12 hours of Kyalami a month later, as they took fourth place, climbing the timing tower. It would be home heroes Simracing Masterclass who took the flag first though.

To finish off the series, Simware.Pro was looking good. Despite their success ballast, they would come home 5th to take the championship crown of The SimGrid x VCO World Cup, as Unicorns of Love snatched second place with a win at the Nurburgring 24 hours.

Bringing The SimGrid x VCO World Cup to you

To bring you every lap of action and keep you in the championship loop, our livestream is arguably the most important part of the event. This season, we had driver interviews mid-race to get you the inside scoop, and our longest livestream ever. Across 86 hours of streaming, we saw 287,321 people fly by to see how the best drivers in ACC were getting on – our team of incredible broadcasters and commentators behind the scenes certainly had their work cut out!

The 24 hours of Spa was our longest ever stream but across the season, an incredible 31,880 hours of racing was watched by you, our viewers. Now that is a lot of racing.

What did the drivers have to say about the season?

The raw talent we saw on this season’s grid was immense, and as they took to the track, they provided you with some of the best racing we’ve ever seen. We loved watching them do battle on the circuit, but what was competing in the series like from the drivers’ point of view?

Our champions pulled off an amazing season, beating Unicorns of Love by 43 points by the end. That doesn’t mean it was smooth sailing though, as the SimGrid x VCO World Cup gave Egor some amazing rivalries.

“The fight was exciting throughout the championship! Very high competition forces you to give 100% every minute. Like many other drivers this season, he made the most of the competition the series could offer. “Organisation, broadcasts, stewarding, prizes, participants and media coverage were at the highest level!”

Tobias Gronewald from Unicorns of Love

Taking second place in the championship was Tobias Gronewald, Jura Petritchenko, Bastian Richter and Jan-Marcel Dietrich. The squad in pink also took one victory this season but were cruelly denied of another in Kyalami, as the team suffered two technical failures.

Despite the lack of luck the team faced, Tobias really enjoyed the season. “In my opinion, the World Cup was by far the best ACC Series in 2021. The organization from TSG and VCO was just on point and the whole system including format, point system, entry fee and prize money very appealing.” Just like Egor and Simware.Pro, Tobias had some great action on the track as part of the Unicorns of love outfit. “The competition was very high. I would even say it was the highest competition in ACC this year in terms of endurance racing”.

DV1 Triton Racing was also in with a real chance of championship glory this season, as across the five rounds, they always looked like a threat. They has momentum from the start as a win at Bathurst shaped their season nicely, but in the end, Unicorns of Love and Simware.Pro just pipped them.

“I enjoyed it a lot. Was nice to be racing in the biggest ACC event and make some good results. The competition was on a very high level. You have to be prepared well to fight with these guys. We enjoyed every single battle here!” Just like his compatriots, it was a great season for Dominik and DV1 Triton Racing.

So, what did the drivers earn?

After 84 hours of racing (yes, that’s over three entire days) or 2,551 laps, the drivers had really shown their worth. Going into the season, they’d all be racing with money on the line, and by the end, they’d really earned their fair share on the prize pool.

Well, that prize pool consisted of $20,000. Simware.Pro would be the biggest earners of the series, as their single victory and points-paying consistency earned them the top spot on the rich list and a whopping $6,625 as a team. Have you ever wondered how to earn money in Sim Racing? There’s your answer.

Whilst Simware.Pro took home the biggest cut, Unicorns of Love and DV1 Triton Racing certainly didn’t leave empty-handed, earning $3,660 and $1,840 respectively, all thanks to your support during the season.

Florian from VCO Esports gives his views on the series

For this season of the World Cup, we had the honour of having VCO Esports as our title sponsor. They have helped us to grow the series to the next level, and ultimately, deliver the incredible show we brought to you. We caught up with VCO Esports founder, Florian Haasper, to get his thoughts on the success of The SimGrid x VCO World Cup.

“The SimGrid x VCO World Cup was our maiden project on the ACC platform – and I was deeply impressed. David Perel’s team is ultra professional, we managed to deliver a top-class endurance Esports racing series. Being successful in it meant a lot to the teams and the drivers. And the whole project meant a lot to us as well.
“We cannot wait for future joint activities alongside The SimGrid.”

Delivering this season in the way, and at the scale, we could, had a big part to do with the support of VCO Esports, and we are so glad with how the season turned out, for both you the viewer, and for all of the 350 drivers that took part.