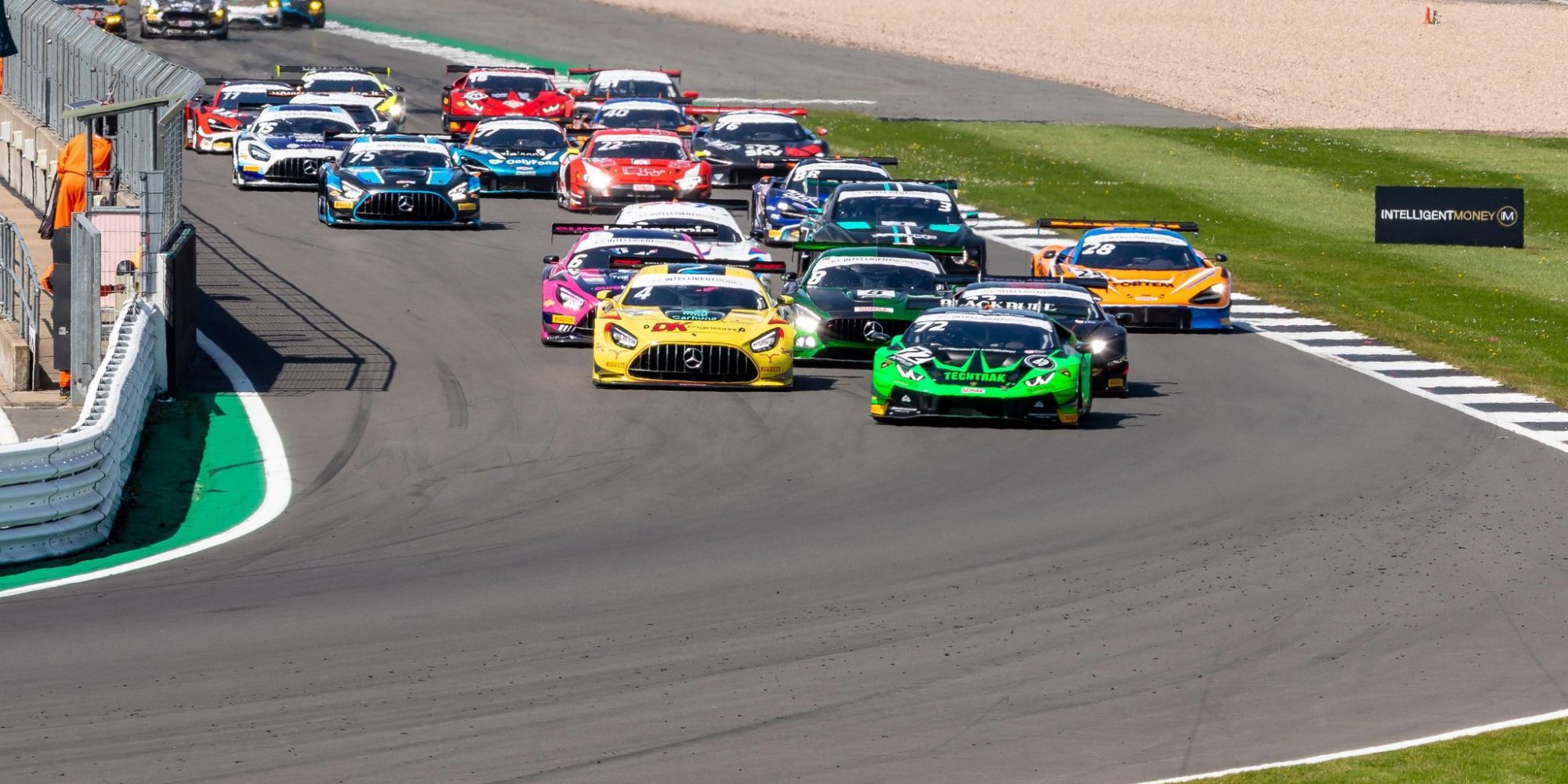 My 2.5-hour drive up the country was filled with excitement yet again as last weekend was the blue ribbon event of the British GT Championship – The Silverstone 500! Yes, ladies and gentlemen 3 hours of roaring supercar machinery around Silverstone was the recipe for Sunday’s main course.

Wales at 5:30 am was filled with clouds and morning dew, but by the time I got to the Silverstone circuit the clouds were breaking and the sun was shining on what was going to be a fantastic weekend of racing. As I made my way into the circuit the paddock was bustling with fans, who were looking to get a glimpse of the supercars on display, whilst the drivers were waiting in anticipation to hit the track for the 9 am warm-up session. I was personally disappointed at the fact we couldn’t have a pitlane walk as we did at Oulton, because the driver signing took place in the paddock area instead and coincidentally the only driver signatures I sought were that of the Barwell motorsport duo of Sandy Mitchell and Adam Balon. The eventual winners of the whole weekend.

After taking the combined pole position on Saturday Barwell Motorsports Balon led the field away and it was certainly a frantic affair out front on the opening lap but of course, this was the 3-hour endurance race, so no one was going to send it on lap 1 of the race were they. Drivers wouldn’t take that risk right away would they, surely not…oops!

Several front runners came to blows on lap 1 and in the first 10 minutes. They included the three Mercedes-AMGs run by 2 Seas DK Engineering, Abba Motorsport and RAM Racing that started third, fourth & fifth when James Cottingham and Richard Neary made contact and collected the unlucky Ian Loggie. DK retired, RAM limped to the pits to fix the damage but came back out 11 laps down and Abba then had a major recovery drive on their hands.

This pretty much made it a 2-way battle for the lead for the race early on as Malykhin relieved Balon of the lead in the first five minutes as the two Lamborghinis broke free of the pack. However, the Redline Racing Lamborghini was subsequently stopped in its tracks with a stop-go penalty for making excessive contact with Balon. They managed to get back into fourth place by the flag after starting second.

Sounds like a public lobby for you sim racers reading this. You know who you are!

The race then unfolded at the final stops and the win was going to be hard-fought until the flag as Sandy Mitchell had to hang on for dear life against the fast closing Marvin Kirchhoefer in the Garage 59 Mclaren who finished just .500 behind the Lamborghini. Taking the win meant the Lamborghini factory ace became the first two-time winner of the series’ showpiece event. Behind this battle for the lead Optimum Motorsports Mclaren picked up a solid third place although some 30s behind the lead pair in a fairly uneventful run.

The GT4s are not to be outdone

Elsewhere in the field and not to be outdone by the GT3s, the GT4s had some fantastic action too. Not knowing what was to come I happened to be standing on the Stowe banking for the start of the Silverstone 500 and wasn’t it a good decision because I had front row seats to all the crashes and collisions on that lap 1. Seeing the smoke from the tyres of the Ford Mustang GT4 spinning off through Stowe was spectacular before it all unfolded in the GT3s at Vale.

Richard Williams took the pole for the Steller Motorsport Audi but was immediately under pressure from Will Burns’ Century BMW who would lead a big portion of this event, Josh Miller’s R Racing Aston Martin and Marco Signoretti’s Academy Mustang, before his spin also. The order was shaken up when Williams and Miller made contact in the opening exchanges that sent the Audi spinning off the track which earned the R Racing team a 10s stop-go penalty and again through Stowe where Jordan Collard looked like joining the fight at the front in the Toyota Gazoo Racing Supra until a puncture hampered their own challenge, whilst behind this Newbridge Motorsport were minding their own business and letting the race come to them.

The Pro-Am pairing won this event last year and they were looking to do the same again. Helped by an advantage they had at each stop because they would be 14s shorter than that of the Silver team-driver counterparts. So, with all the action unfolding before them and Newbridge having an uneventful but clean race the Aston began to make sizable progress, carving into the early advantage of the Silver crews around it and eventually snatching the overall lead just before the second driver swap inside the final hour. Whilst the win out on track was closely fought to the flag it was certainly cemented post-race as Century Motorsport who finished second picked up a 40s penalty dropping them to fifth meaning Newbridge’s new margin of Victory was over 30s.

The British GT Championship now has a 3-week break before it moves onto the twisty and intricate venue that is Donington Park on the 28th/29th of May for yet another 3-hour spectacle. With fantastic viewpoints all around the circuit, fans will be in for a treat watching this event in the Derby countryside. I will of course be making the 3.5-hour journey up to Donington for this event on both Saturday and Sunday and so I hope to see you there once again trackside.

Can RAM Racing finally get some luck and secure the first victory? With Jules Gounon returning to the team they will be hopeful. Balfe Motorsport will be hoping to repeat round 1 success after a subdued Silverstone event and I am sure the rest of the GT3 field will be as close as ever in pursuit of the win.

In GT4s can Newbridge now hold on to the championship lead? will the Audi bounce back and show how fast it can be when they are not sent spinning and will Century motorsport finally catch that break?

Many questions to answer next time out as I am already salivating at the thoughts of an action-packed race weekend. 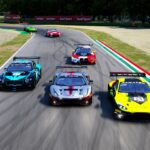 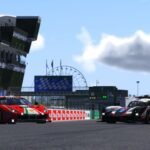 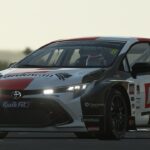 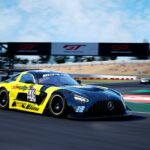