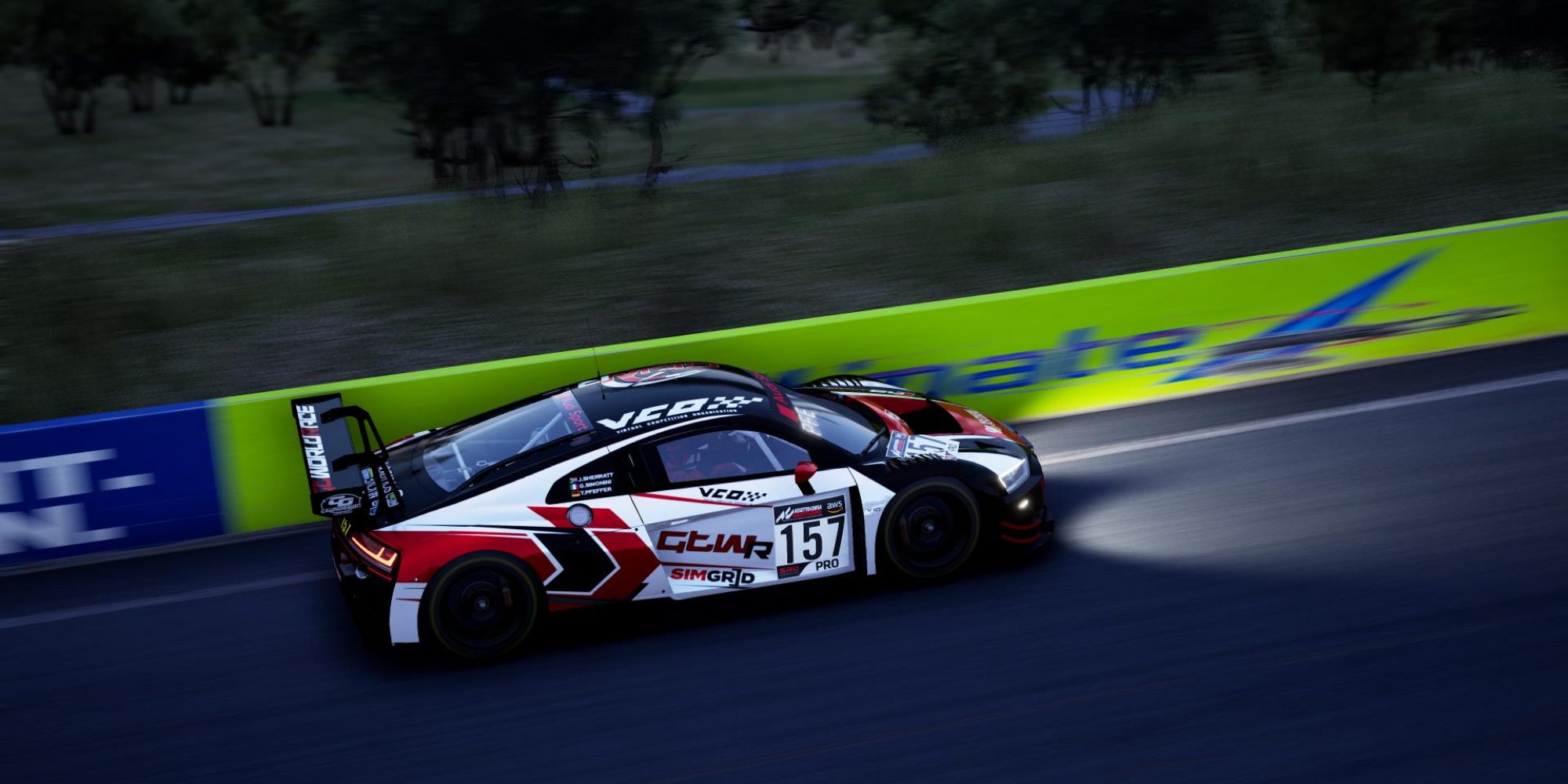 The Sim Grid x VCO World Cup is set to be one of the biggest championships Sim Racing has seen, and yesterday, the teams headed to the mountain to set the grid for round one, the Bathurst 12 hours. With many massive names heading to the track, qualifying was set to be brutally close, with not a tenth of a second being left on the table, especially during Superpole.

Right from the outset, it was reigning champions GTWR Racing Team 1, in the hands of Tobias Pfeffer, who set the pace. As the pack of top-tier teams roared around the mountain, he emerged on top and retained that lead for almost the entire twenty-minute session. For GTWR, Pfeffer’s performance very much set the tone of their session, as Chris Hartveld and Michele Nerbi followed closely, completing a GTWR top-three lockout.

However, the likes of Dominik Blajer from DV1 Triton Racing, Luca Losio from Jean Alesi Esports Academy and YAS HEAT’s Mikhail Statsenko were right on GTWR’s heels. Their lap times meant that the top ten were covered by around half a second, just showing how incredibly tight the field is. To further cement this, the top thirty were covered by just one second, meaning that one missed apex could easily have sent any of these teams tumbling down the order.

As the clock ticked down, every driver was under pressure to cement their team’s slot in Superpole. The fight really was on to get into the top ten. Right at the last moment, it was Jesus Sicilia from Odox Motorsport who snuck his Audi into Superpole, knocking out Wolf Mattuschka in their PiNK Performance Audi by just nine-thousandths of a second, ripping away their chance of a top ten qualification right at the last possible moment.

Whilst some teams snuck into Superpole, those who couldn’t make it were fighting directly for their starting position in Saturday’s main event. This fight was even closer than that for the top ten, meaning that there were multiple teams within just a tenth of a second of each other.  The top twenty and beyond was no less competitive than the top ten. Here, we saw the likes of James Baldwin for McLaren Shadow, Nils Naujoks from G2 Esports and other Sim Grid regulars fighting it out. The battle was just as intense, as we saw drivers swapping positions every lap, with fractions of a second separating them between triumph and disappointment.

After the original twenty-minute qualifying session, the top ten would endure a top ten shootout, known as Superpole. Superpole is arguably the most intense form of qualifying due to each team being given just one lap each to set a competitive time, meaning that the pressure really is on to perform.

Despite the extra pressure, Tobias Pfeffer from GTWR Racing 1 was unphased, putting in a stellar 1:59.226 to take pole position, just 0.069 ahead of second-place driver, Dominik Blajer, in the DV1 Triton Racing Bentley. However, whilst Pfeffer hit the ground running, his GTWR teammates couldn’t transfer their qualifying dream into Superpole. Chris Hartveld slammed into the wall at the top of the mountain on his lap, and Michele Nerbi also made mistakes on the treacherous mountain – both of them throwing away a chance at pole.

However, it wasn’t only Hartveld and Nerbi who made mistakes. Joonas Savolainen from Griphax Engineering invalidated his lap time almost instantly, showing the immense pressure that the drivers are under.

Lining up second on tomorrow’s grid will be Dominik Blajer, proving that the Bentley’s usual lack in qualifying pace wasn’t holding him back. Blajer and his DV1 Triton Racing teammates are certainly going to be ones to watch, as the Bentley is notorious for being a reliable race day car to take the fight to GTWR Racing 1. Third on the grid will be Luca Losio from Jean Alesi Esports Academy, another team to watch.

Looking towards 12 hours of Mount Panorama

As we head into the first race of The Sim Grid x VCO World Cup, the grid is extremely close, all the way up and down the pack. If qualifying is anything to go by, the race is set to be unmissable, as it’s game on between Sim Racing’s world-class teams at one of the most treacherous tracks in Assetto Corsa Competizione. Will it be GTWR Racing 1 who start the season exactly as they left off, or will we see others triumph at the top of the field.