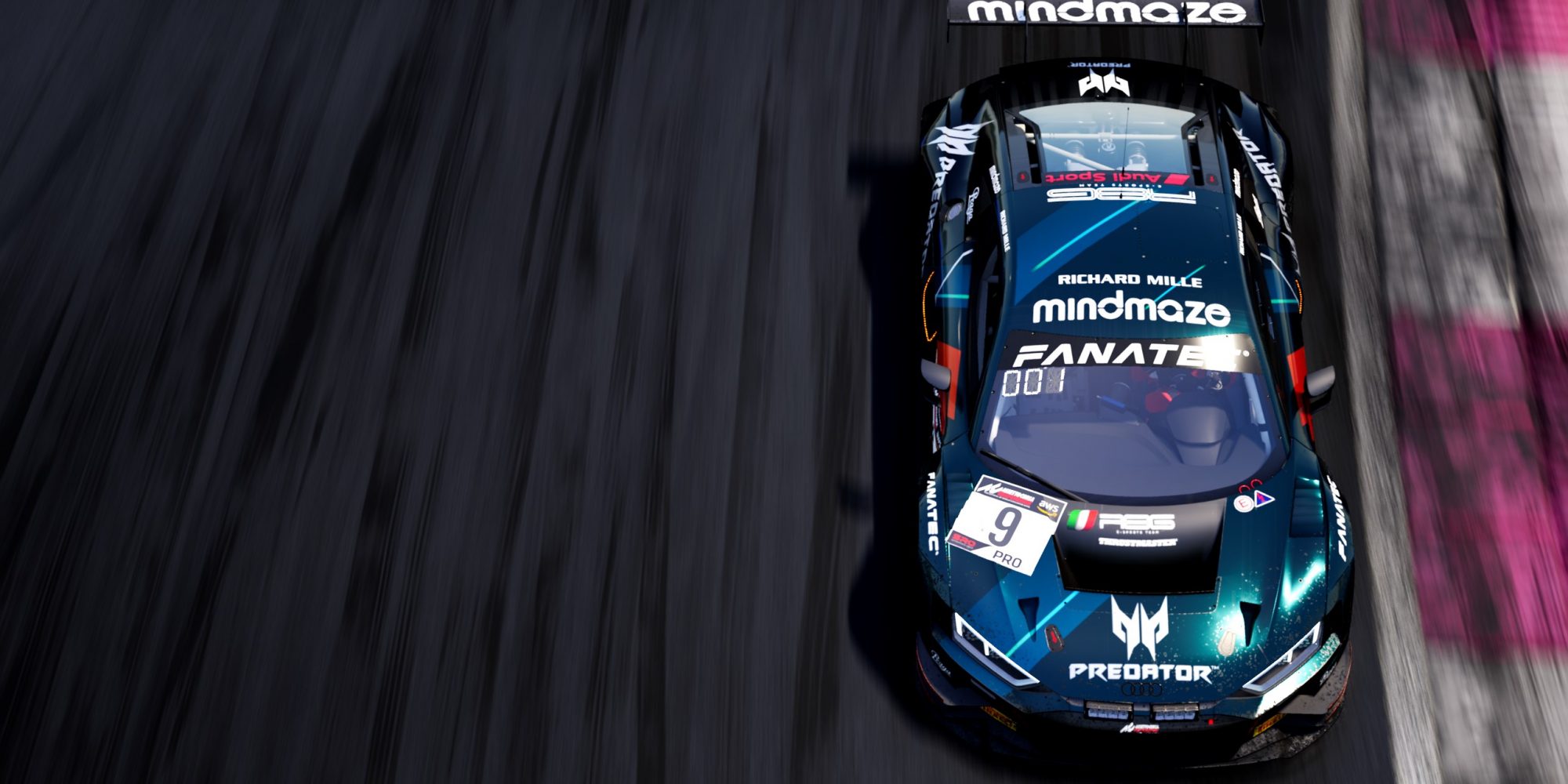 After a slight hiatus, the SimGrid Endurance Cup returned with a bang, as we headed to the south of France to take to the Paul Ricard circuit. After two enthralling rounds at Spa and Monza ticked off, the top five in the standings were as close as you can get. This race could well be the turning point.

Sherratt, Schoeniger and Houben lead from start to finish

The topflight trio of R8G eSports came to Le Castellet leading the championship. Starting second, they were in a good position to keep that up, but, they weren’t quite satisfied with that.

Lining up alongside YAS HEAT Pirelli meant they were face to face with their main rivals and had to make a move. With a better start, Schoeniger tried to take his Audi R8 all the way around the outside of the YAS HEAT McLaren, getting a little shoulder barge out wide, but, he wasn’t done. Better exit and he was past, however, now the other YAS HEAT car, this time the #150 Porsche in the hands of magic Maciej Malinowski, was alongside, who snuck his little Porsche through. Behind them, the carnage commenced, as the YAS HEAT Pirelli McLaren was spun around by Giorgio Simonini in the GTWR machine, kicking off a chain reaction of crashes.

The two leading cars escaped unscathed, however, and so it was their time to do battle. The back and forth would continue for laps at the huge slipstream down the back straight aided overtaking, both Malinowski and Schoeniger showing their worths, as the two giants of the Endurance Cup went wheel-to-wheel for laps. But, the R8G Audi came out on top, and eventually soared into the distance.

They remained at the very front for the entire race, the gap extending to over a minute by the flag. Unlike others, they kept their car in a straight line and on the track – with their pace, and a clean race was all they needed.

The top ten, and even deep into the top twenty, were all shaken up after the lap one crash, leaving us with some different teams near the top, but also some incredible fights, as some teams had their qualifying results undone, and some had theirs made up for.

One team we were yet to see at the top was Wipermann Racing, their Bentley driven by Luis Roters, Florian Maak and Jura Petrichenko. Finishing outside the top thirty in both previous rounds, fortune came their way this week – their Bentley lining up in a strong fifth. Petrichenko, who started the race for the team, had great pace from the off, inheriting sixth by lap one, but showing lead-worthy pace and racecraft, as he scythed his way up to second in the first hour, past Malinowski, Tobias Schurr from PRIME eRACING and Jakub Ostermann from RennWelten eSports. At some points, the team were reeling in R8G eSports, but they couldn’t quite keep up, coming home third at the flag.

Another two strong contenders for the podium that we hadn’t seen at the top yet this championship was TF Racing and PRIME eRACING, who both scored their best races of the series so far. Both were right in the midst of the top ten battle for almost the entire race, battling hard with YAS HEAT Richard Mille, Dalking YT and Virtualdrivers by TX3. Despite a late drive-through for TF Racing, the gap they built up earlier meant they could just about slot out in the same position, coming home fourth.

So, remember that lap one crash between Eamonn Murphy in the YAS HEAT McLaren and Giorgio Simonini? Well, that absolutely destroyed their hopes of any kind of hefty points result. The McLaren, who showed immense pace in qualifying, was well and truly out of the running whilst their championship rivals sped into the distance at the front, or so we thought.

The trio of Eamonn Murphy, James Baldwin and Mikhail Statsenko have more than established themselves here at SimGrid. Despite being down in the early 30’s after their lap one crash, they were sure to fight back. Making progress wasn’t easy for them though, running into a few penalties on their journey back up the leaderboard, but their pace always shone through. Up to within the top ten by the last hour, they were looking for solid damage limitation, but, it would all come undone.

The sister YAS HEAT Richard Mille car popped out the pits having made their final stop, right into the path of Baldwin at the helm of the McLaren. The pit exit feeding them right into the racing line, Baldwin didn’t notice the Porsche until too late, smashing into their rear, destroying both cars and taking the McLaren out of the race. A huge shame for them considering their mega fight-back that could have been oh so important for the championship.

As for the Porsche, this is the team who had shown great pace back in Spa, Monza and in the early parts of the race. The car was deadly, though, and paired with some track limits excursions, it wasn’t their race, bringing it home P12.

Where some drivers lost out in lap one, some drivers well and truly gained. Well, Darren King, Mike Nobel and Jan Willem van Ommen were one of the big gainers. Starting from twentieth place on the grid, they wouldn’t stay there long.

Up to twelfth by the end of lap one, they started as they meant to go on. Darren King, having already made up eight places, continued forwards in his matte-green Aston Martin. Showing a clear pace advantage over others in the top ten, he would complete overtake after overtake, instantly catapulting his team into contention. However, he would remain glued to the Virtualdrivers by TX3 Lexus, engaging in an enthralling battle. The two were flying past others in the top five, such as the struggling #150 Porsche and the PRIME eRACING Aston Martin, but couldn’t seem to shake each other. Their surge through the pack was captured perfectly by our photographer – his gallery from the round you can now check out on Flickr.

The Aston Martin squad would eventually get past and set their sites on the second place Wippermann Bentley, who had pace good enough to reel in R8G eSports at some points but would slip past after the penultimate round of pitstops – securing a brilliant comeback drive.

Where’s the Endurance Cup off to next?

Three rounds down, two to go. In just under a month’s time, we are off to Kyalami, for a six-hour trip around the South African circuit. Known for delivering here at SimGrid, it’s a suitable stage for what could be a make or break race in the championship, as R8G eSports start to get away at the top, and will continue to do so unless the likes of YAS HEAT and GTWR can bounce back. Make sure you join us then on the 15th of January for more Endurance Cup action.