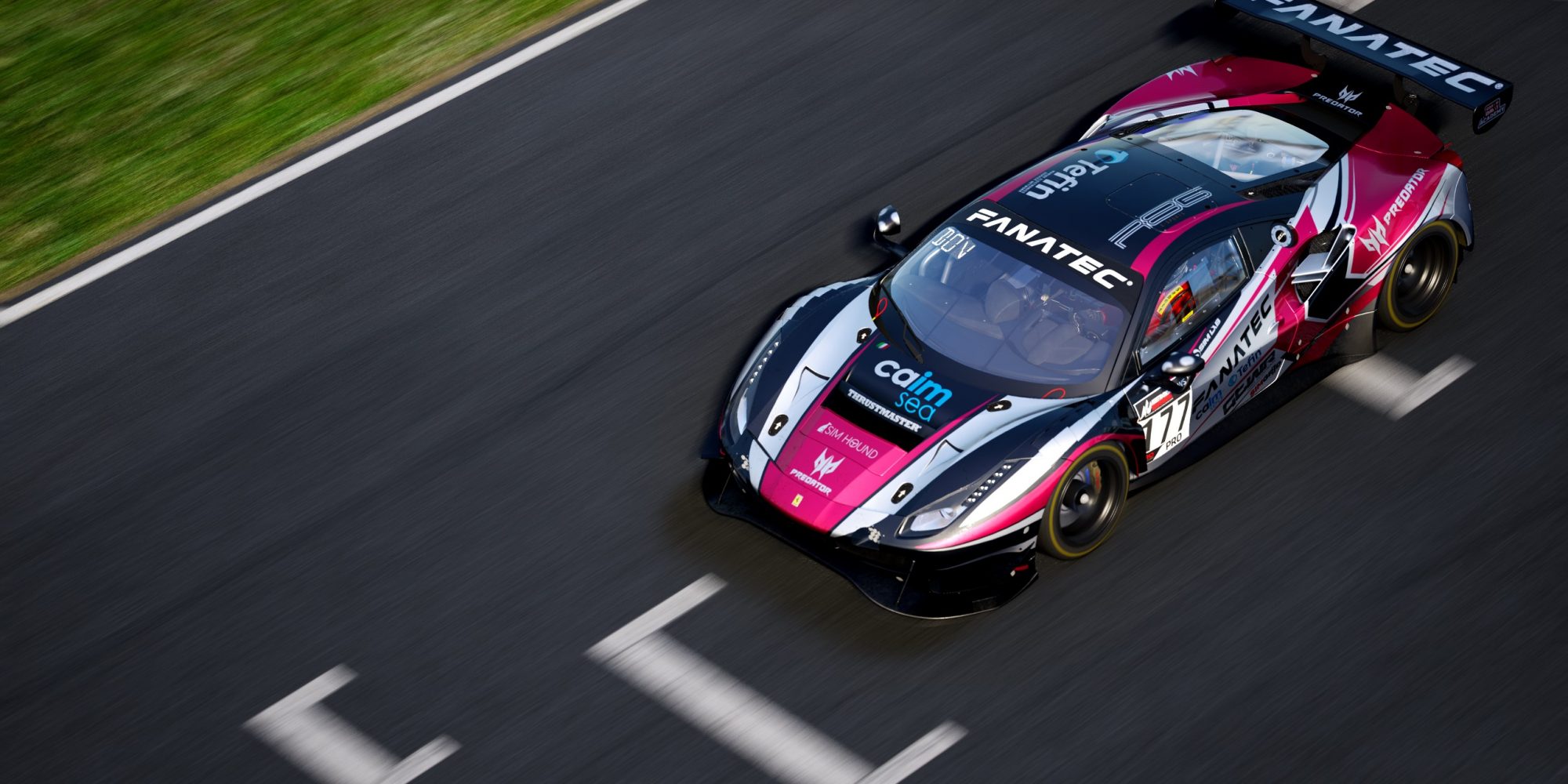 Sara Dove has had a record-breaking season in the More Female Racers Season 4 championship. 5 out of 6 Race wins and a 100% podium record is something to be very proud of. Sadly we did not get the title fight we wanted at Donington Park as the number #12 Griphax Engineering team of Aloo Gobi and Harry Phillips pulled out of the last race, but nevertheless, we sent out Season 4 of More Female Racers with a bang.

As we said in the intro, Sara Dove has had a very special season. It was no different at Donington Park, which the public voted for as the last round. As one of our resident commentators, David Christie said so perfectly, Dove went absolutely nuclear on Monday night. She qualified on pole position by 0.618 tenths over 2nd place, but it didn’t stop there though, as she got the perfect start and slowly but surely increased her gap over the rest, claiming fastest laps early on.

As the first stint came to a close, Dove had extended her gap to 7 seconds and had a comfortable grip on the race. Mira Evergarden then took over for the middle stint and was as consistent as ever, clocking some very respectable times. She maintained the gap to the cars behind and handed the car back over to Dove to finish the last 20 minutes of the race.

Dove really just put the car in cruise control and managed the final stint to perfection. It was precision driving from the deserving champ who crossed the finish line 14 seconds ahead of Yvonne Houffelaar who tried her best to hunt down the leader. Houffelaar managed to bag the fastest lap of the race but it wasn’t enough for the win on the day. Mia Swensen crossed the line in 3rd to round off the podium for Intruder Racing Team.

It was another showstopper for the Silver drivers at Donington – action-packed right to the very end.

Esmeralda Van Der Naald put it on pole in the Silver class giving her the best opportunity to take the championship with her GTWR R8G Female Racing – Emerald team. She had fellow GTWR driver Sophie Aeronwen lined up right behind her. Aeronwen, who led most of the season on points, had redemption on her mind as she lost the lead heading into the last round. The 2 protagonists had it all to play for come to the start of the race.

Both ladies got a clean start but it was Aeronwen who got the jump into turn 1. You could see that she was on a mission and with the bit between her teeth, she was able to stick with the race leader and stay ahead of Van Der Naald throughout the 1st stint. Van Der Naald wasn’t far off but opted for the undercut strategy to try to get track position after the pit stops. It was a great effort but the battle of the co-drivers saw Matt Muirhead edge out Stephane Greffet, maintaining the lead Aeronwen had handed over to him. Greffet got within 5 seconds of Muirhead but once again opted for the undercut.

The final stint was an absolute sprint to the finish. We got flashbacks of Hamilton vs Verstappen due to the final points finish. Aeronwen held onto the lead and took the win making it her 4th of the season. The 25 points for the win saw her tally up a total of 113 points. Van Der Naald crossed the line in P2 and her finish gave her the points to also finish on 113 points for the season. In this case, the driver with the most race wins takes the Championship, meaning Aeronwen won it with her 4 wins over Van Der Naald who had 2 wins over the course of the season.

Turn 1 Magnum driver Selene Witcher claimed the last spot on the podium to round off a brilliantly executed race.

The Pro-Am class was another title to come down to the wire with only 2 points separating the title contenders. The close finishes are really a true testament to the quality of racing we have observed in Season 4 of More Female Racers.

In terms of quality, there is no shortage in the likes of Hedda Rangseter and Eliza Indriani. The pair have been at it all season long and boy what a fight it has been. Coming into the last round it was still anyone’s game. The pressure was all on the Luna Nera team as they had connectivity and latency issues that were affecting their on-track performance. Due to this, Indriani had to start the race from the back of the grid, giving herself a tall mountain to climb.

From the get-go it was all about Rangseter in her Turn 1 Ferrari. Pole position, fastest lap and a race win. What a way to round off the championship. From the start, her lead went uncontested as she gaped her rivals lap after lap. It was a dominant display and one that will stand out for many. She did exactly what she needed but unfortunately, it was not good enough for the Championship win. Ultimately she lost out by 2 points to her rival.

Lisa Louise capped off her season with P2 in the race taking her 3rd podium of the season for Wild Things Racing Rossi. Charlotte Robertson did well to box out Indriani for the last spot on the podium for her Hitode Racing HYGGS Boson team.

Even though she didn’t get a podium, the night still belonged to the Luna Nera driver Andriani who did enough with her P4 finish to win the Championship by 2 points!

More Female Racers continues to grow and surpass all expectations. Season 4 has definitely built on the success it encountered in the previous seasons and the future looks promising.

It’s great to see our grid of drivers at the highest level against each other on a global stage. The SimGrid is in continuous pursuit of broadcasting and hosting events that push the boundaries and a massive thank you must be said to all the teams and sponsors for getting involved in this fantastic championship.

Without the teams and dedicated drivers, there would be no racing. The fan interaction has been amazing and if you have missed any of the action be sure to go subscribe to the SimGrid Youtube channel so you can catch the highlights of each race.

So, enjoy your festive season!