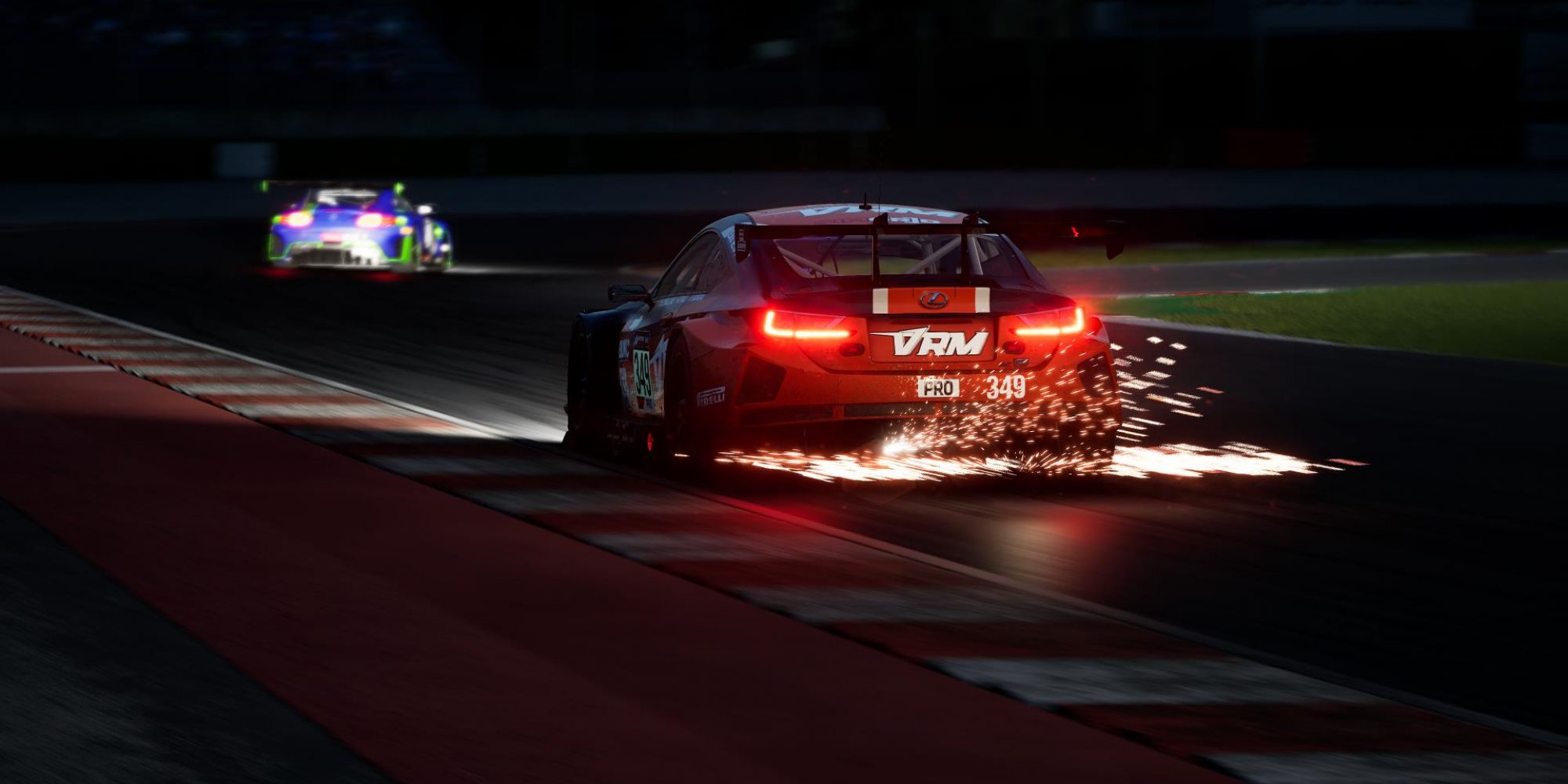 Whether it takes place in reality or online, long-distance racing never fails to offer fans a few twists and turns along the way, and season 3 of the SimGrid Endurance Cup was certainly no different. In the end, a stellar campaign by Yaroslav Shevyrtalov and Egor Ogorodnikov in the #41 Simware.pro car (formerly LADA Sport Rosneft) ensured that they emerged as champions, but the title battle went down to the wire.

The season began just outside of Budapest, with one of the shorter races on the calendar – a three-hour tour of the Hungaroring. Jaroslav ‘Jardier’ Honzik and Eamonn Murphy were looking to begin their title defence strongly, and perhaps unsurprisingly, the two sim racing stalwarts brought their #149 YAS HEAT Richard Mille Ferrari home in second place.

However, the eventual victor in Hungary would come as a slight shock. In the previous season, Odox Motorsport had an up-and-down run of results en route to placing tenth overall, but on this occasion, the #121 entry looked comfortable once they got out in front. YAS HEAT had been leading the way after securing pole position, but everything changed when they became the unfortunate recipients of contact from the #11 Griphax Engineering Mercedes. The #149’s resulting spin opened the door for Odox Motorsport, though in truth, the Ferrari teams’ tyre management issues meant that it always looked like a matter of time before the Audi squad would take the lead anyway.

Further contact and a drive-through penalty for Griphax Engineering meant that they would eventually fall to twentieth, leaving the door ajar for Shevyrtalov & Ogorodnikov to take the final step on the podium after a charge up the order from a lowly seventeenth-place on the starting grid. Another honourable mention from the season opener would be the #411 BMW of GC Racing and Friends, who managed to climb 27 positions from their grid slot, up into seventh place.

The Italian temple of speed was the site for round two of the Endurance Cup, and things got off to a spectacular start when the top forty cars were covered by less than a second in qualifying. However, eventual pole sitters – Giuseppe Montalbano and the #107 Omega E-Racing Team – had a disaster when a driver disconnection forced them into immediate retirement. Fellow front-row starters – the #194 Racing Line Motorsport team – also had a race to forget. After leading in the early stages, their pace fell away and they would ultimately cross the line in eighteenth. That said, the team did have a say in who would finish on the podium – though not in the way that anyone would have liked. After clumsily blocking Florian Bonjour at Curva del Serraglio, the #333 Virtualdrivers by TX3 Nissan would drop from second to fourth.

YAS HEAT was the first team to capitalise on that, having charged up from sixteenth on the grid to finish second again, while Odox Motorsport proved that their Hungaroring form wasn’t a fluke, climbing from fourteenth to third. Out in front though, the #41 Russian Aston Martin took the first of what would be three race victories this season, albeit in controversial circumstances as they managed to wipe out the #11 Griphax Engineering Mercedes while celebrating across the finish line!

The SimGrid Endurance Cup headed over to the States for the third round of season three, and it was here that the #41 entry really began to assert its authority over the rest of the field. In the early stages, Shevyrtalov overtook the pole-sitting #28 Ferrari of GTWR R8G Academy at turn six, before handing over to Ogorodnikov who would bring the car home with a staggering 59-second lead over the second-place finisher. With that, the team overhauled the lead of the championship points standings, while also making it clear that everyone else would have to be at the top of their game to make them relinquish it.

Further back, YAS HEAT pulled off another titanic comeback through the field, collecting their third straight second-place finish – this time after starting from eighteenth on the grid. Arguably the best battle of the race, however, came from just behind as Fabian Piffet and Jarno Kausch engaged in a brilliant tussle for third, which Piffet would eventually win after pulling off a brave overtake through the corkscrew. That handed the #66 Team Fordzilla Lexus squad their first podium finish of the season, while the #911 GTRC Endurance Team would eventually drop to sixth.

Amidst it all, the #121 Odox Motorsport Audi was brought home in fourth place, ensuring that the Spanish team remained within striking distance of the championship fight.

The longest race of the season would take place in the South of France at Le Castellet, or Paul Ricard to you and me. At the end of this behemoth nine-hour event, the title picture had been well and truly shaken up, with the reigning champions seemingly now out of contention.

A disastrous retirement for YAS HEAT meant that their title defence was almost certainly over, but on the other end of the spectrum, another team was putting together a late challenge with a flurry of good results. The outfit in question was the #66 Team Fordzilla Lexus squad, who after finishing third at Laguna Seca, stormed to victory at Paul Ricard after powering their way through the field from eighteenth on the grid.

Likewise, the #121 Odox Motorsport entry was still hanging on to mathematical contention for the championship, eventually bringing the Audi home in sixth. Elsewhere, the #73 Excel Racing by Rennwelten squad also deserves a shout-out, finishing third in the unfancied Honda NSX.

However, nobody could really capitalise from these results as much as they would have hoped, as the newly-rebranded #41 Simware.pro Aston Martin finished second. The Russian outfit had been pillars of consistency this season, and not for a moment did they ever give another team the chance to make significant inroads on their points advantage. As such, the title battle wasn’t over, but with one race left to go, Shevyrtalov and Ogorodnikov were the stand-out favourites by far.

The season 3 finale would see the SimGrid Endurance Cup field make their second trip to Italy this campaign, for a three-hour race around Misano. However, as both Odox Motorsport and Team Fordzilla Lexus managed to get into trouble quite early on, the title fight almost became a secondary point of interest.

Out in front, Simware.pro won the championship in style with their third race victory of the season – ensuring that they would finish no lower than third over the course of the whole competition.

In fact, the team which came closest to challenging the Aston Martin in this race was the #446 SFR Italia Lexus. In the end, though, nobody could match the pace of Ogorodnikov and Shevyrtalov, though a second-place finish for Mirko Ferrari and the rest of the #446 crew meant that they would score their best result of the season on home turf.

Elsewhere, there were plenty of great battles in the midfield. Again, the #911 GTRC Endurance Racing Team Porsche was involved in one of them, as Robin Pogadl went wheel to wheel with the #73 Honda of Jan Holter. Plus, the #888 SimGrid community Aston Martin was also fun to watch as they charged their way up the order. In fact, James Parker would go on to spend the final forty minutes of the race engaged in battle with Jardier for fourth place. Sadly, contact was made, but in a good show of sportsmanship, Parker allowed the #149 YAS HEAT Ferrari back past.

There was also a much-needed good result for the #27 Jean Alesi eSports Academy team, who had endured a torrid season up to this point. Happily, though, the Ferrari outfit was able to finish with a flourish, by taking third place at Misano.

So there you have it, a terrific performance by Simware.pro to win the SimGrid Endurance Cup in almost dominant fashion. However, YAS HEAT will be back – potentially with a new Aston Martin of their own – so the Russian teammates are unlikely to have things all their own way in season 4…