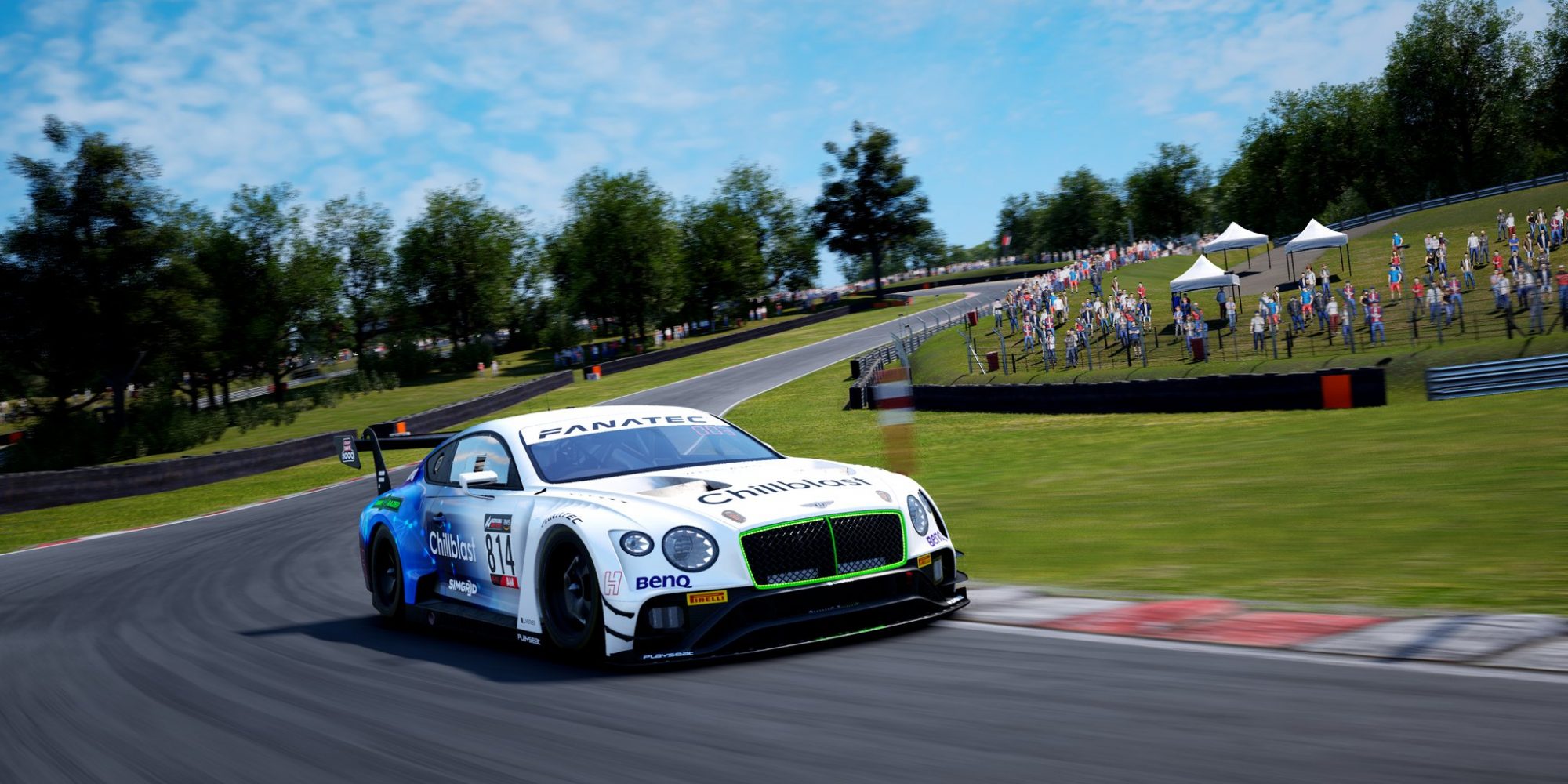 Strong in endurance, fast in sprint races, fastest at hotlapping. By winning the Coach Dave Time Attack, Daire McCormack showed that he can do it all on Assetto Corsa Competizione. The Williams Esports racer went through all the stages of the competition to conquer a well-deserved success. In the Finale, held at Brands Hatch, he beat Luke Whitehead and Amir Hosseini, the other two racers qualified for the Super Pole session.

For those who may not be familiar with it, the Coach Dave Time attack is a hotlap-based competition, which kicked off in early May. The first stage was weekly-based, with drivers challenging each other on three different tracks. Week 1 at Suzuka, Week 2 at Spa-Francorchamps and Week 3 at Nurburgring. Drivers had to set their best possible lap time on the provided server.

The fastest 10 drivers from each week qualify for the second stage, a live event. The Finale was divided into three knock-out qualifying sessions. The three fastest drivers went through to the Super Pole. In this special session, drivers are under special pressure as they get one single flying lap. After the elimination of the driver in third place, the last two men standing got another flying lap that determined the final winner.

This type of competition is a bit different to what we are used to but brings with it some fresh air. There might not be wheel to wheel battles, but the drama and tension are exactly the same for both drivers and spectators.

Following a public vote, Brands Hatch was elected as the racing venue for the Finale. 19 drivers hit the track, but only one could win. In the first 15-minutes knockout session, Luke Whitehead set the pace in his final attempt with a 1.21.732. He was closely followed by McCormack, who led the session earlier with his 1.21.745 and Hosseini.

In the second session, McCormack topped the timesheet setting a 1.21.790. Whitehead was the only other driver to stay in the 21s with a 1.21.980. And the same story repeated in the third knockout stage, the last one before Super Pole. McCormack and Whitehead clinched P1 and P2, with Amir Hosseini being the third qualified racer. 1.22.065 was just enough to beat the 1.22.075 recorded by Dominik Blajer and get through to the final round.

Bentley vs McLaren vs Porsche. Three different manufacturers were represented in the session that crowned the champion of the Coach Dave Time Attack. As per rules, Amir Hosseini was the first competitor to leave the pitlane, setting a 1.22.375. Unfortunately for him, the McLaren driver did not have a good third sector, resulting in a performance far from his potential. Whitehead and McCormack both recorded a better lap time and eliminated Hosseini.

Luke Whitehead got on track first in the final head to head, setting the pace with a 1.21.940. A bit far from the .732 he registered in the first session, but considering the pressure brought by the Super Pole format definitely a good lap. Not enough to beat McCormack, though. With all the pressure on him, he delivered by going fastest with a 1.21.890 and becoming the first champion of the Coach Dave Time Attack.

“It was a pretty good lap.” McCormack told The SimGrid right at the end of the session. “I got to the last turn and I knew I had time there, so I just focussed on improving the first sector, keeping the middle sector clean and then improving in the last turn mainly”. McCormack also discussed how he approached this kind of competition, a bit different to what we are accustomed to. “On the outlap I just focussed on getting everything out of my mind. Then when I got onto the lap I focussed on just being as smooth as possible”.

On the other side, Luke Whitehead was frustrated with his final attempt, but at the same time gave credit to his rival. “In sector 1 I lost a tenth and a half compared to my best and if I got it right I would have done it. But he could say the same as we both had a lot more on the table. I kinda feel a bit disappointed, but congratulations to Daire”.

And there we have it, the first season of the Coach Dave Time Attack under our belt!