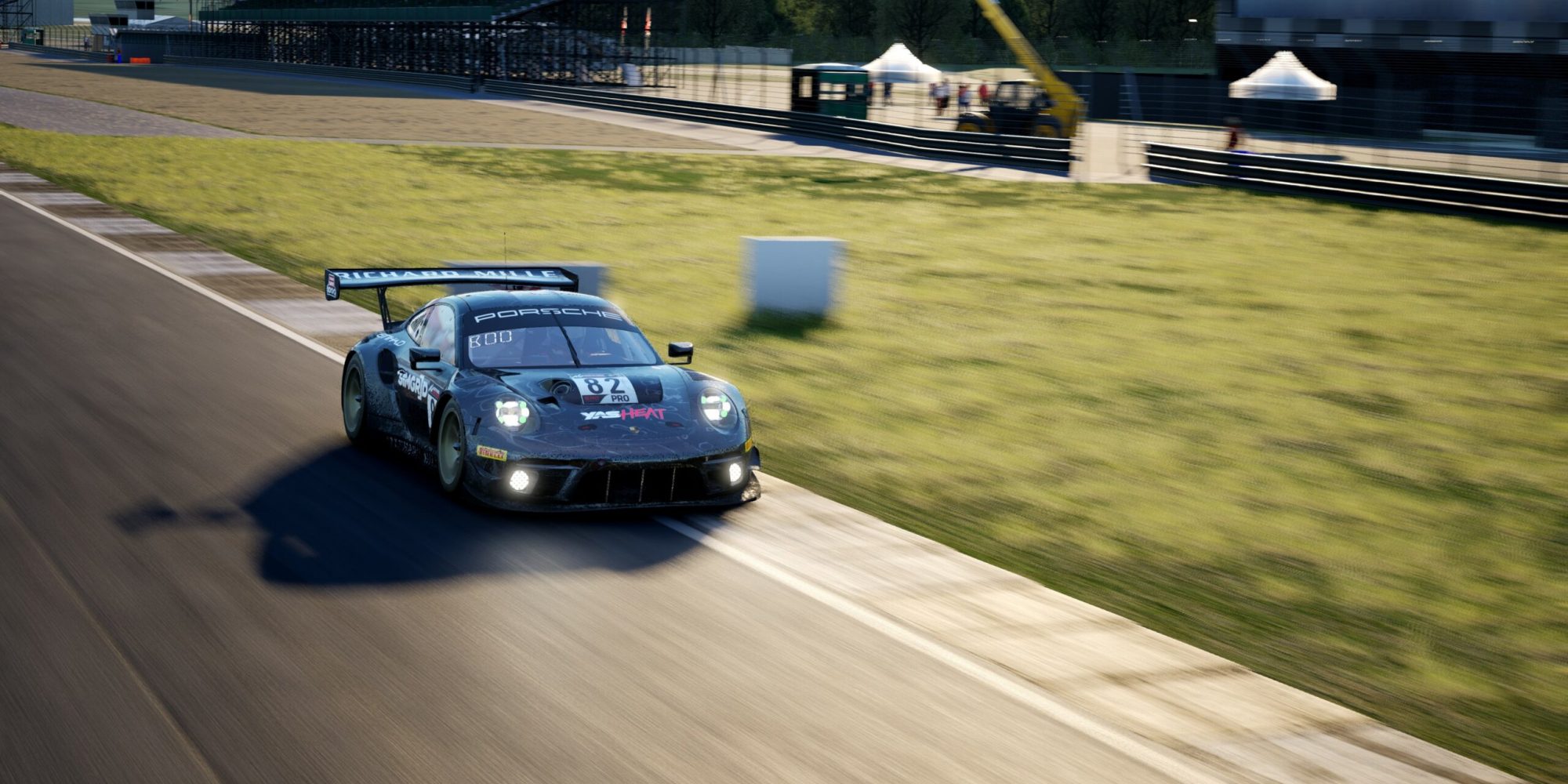 The winning car of round 4 of the  Coach Dave 1000 was not the first one to take the chequered flag, despite having no penalties pending. On the contrary, the determining factor has been the removal of a 5 seconds time penalty that gave the win to the YAS HEAT #82. A controversial success indeed, but definitely deserved, that makes the fight for the championship even more nail-biting coming into the final round.

Despite starting from pole position, it had been all but an easy afternoon for George Boothby, Jaroslav Honzik and Maciej Malinowski. The first obstacle was the weather. The good old cliché of the British weather came to play already in the formation lap. Dark clouds covered the sky above Silverstone, and rain was expected to fall in 10 minutes, but it started pouring down already at the end of the formation lap.

With the majority of the field on wets, ahead of the pack, Malinowski led a group of four BMWs, with the two West Competition Racing entries, #7 and #33, proving to be very quick in wet conditions. While Sebastian Apostol banged tires with Malinowski and spun, Victor Nicolae was able to overtake him just before Maggotts, taking the lead and building a 7 seconds gap.

At the beginning of the second half of the race, it looked like George Boothby had the pace to hunt down the leader and just did that, setting strong laptimes. A one-lap undercut was enough for the YAS HEAT Porsche to take the lead, with Honzik now behind the wheel. But it was not over yet. #82 fell back into the clutches of #33, now joined by Simware.Pro #41, which rose through the field from the bottom edge of the top 10.

Three cars in less than two seconds giving it all for the final win. A dream scenario for us spectators, not so much for those involved. Jaroslav Honzik had to watch his rearview mirrors in all the corners, as Andrei Miclea was trying to find the right gap, with Ogorodnikov ready to capitalize on any possible mistakes.

And that is just what happened with around an hour and a half left to go. Miclea went down the inside of Village. Honzik gave him the outside line at The Loop, but the two cars collided, going off track and giving the lead to Simware.Pro. Honzik was considered responsible for the incident by the stewards, who handed him a 5 seconds time penalty.

The decision allowed him to keep P2, as Miclea fell behind in the final stint but definitely took him out of the fight for the win. But when the penalty was removed post-race, we can say that the willingness to never give up from Malinowski was a crucial factor to determine the winner. The time he regained on Ogorodnikov put YAS HEAT just a couple of seconds behind at the line, and then ahead with the 5 seconds removed after the race.

While most of the attention was caught by the fight for the win, there have been strong results all over the top ten. Race Anywhere Simsport took advantage of West Competition Racing falling behind in the final stint and conquered an important podium. Some fresh air for Renato Dornelles, Lewis Dykes and Mats Lynum, considering the fact that their previous best result was a P24.

While Race Anywhere Simsport could be considered an underdog, we cannot say the same for Prime eRacing. Another strong performance by both entries, #77 and #78, coming home respectively in P4 and P6. Both cars fought for the majority of the race with Simware.Pro #322. Sven Hettich was able to grab that fourth position with an overtake on the very final lap of the race.

Just one to go

With Silverstone behind us, there is only one race left in the Coach Dave 1000. On the 6th of August, teams and drivers will face the final 6 hours of the championship at Monza. All eyes will be on the fight for the win. Simware.Pro has the advantage over YAS HEAT, with just 8 points separating the two teams. Who will celebrate the victory though? Make sure to not miss the decisive round!