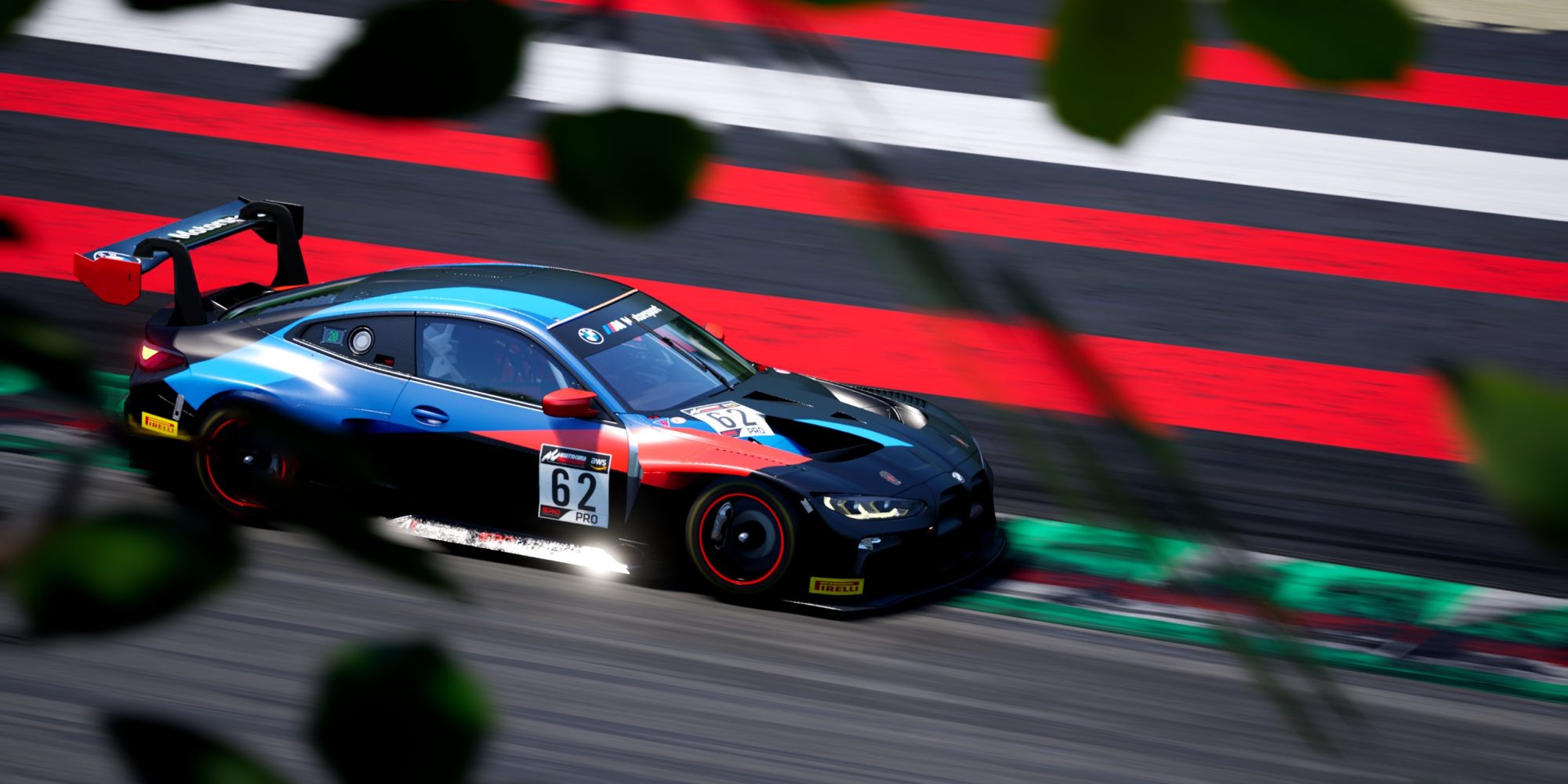 A new contender might have risen from the double race in Imola, which hosted the penultimate round of the Coach Dave Super Sprint. With a dominating performance, BMW G2 Sim Racing Team clinched a P1 and a P2 in an eventful night of racing at The SimGrid. The team now sits P3 in the championship standings and things are going to be heated in the final round. But before we move on to Bathurst, let’s rewind the tape and see what happened in Imola.

Following a promising start to their championship, coming home in 10th and 5th in round 1 at Brands Hatch, BMW G2 were never able to get inside the top 10 at Zandvoort and Barcelona. At Imola, they turned things around in style. Starting from pole position, Robbie Stapleford placed his BMW on the inside of Tamburello to defend the lead and never looked back. After a flawless stint, Stapleford would hand the car over to his teammate, Charlie Crossland, who extended the gap from contenders up to 21 seconds.

Behind them, the battle had definitely been more intense, with three Mercedes fighting it out for just two podium spots. In the end, it was the SMP Racing Esports #919 clinching P2, ahead of R8G eSports #221 and SMP sister car #888, with the GTWR/Dalking Community #383 rounding up the top 5.

The start from P10 in the second race of the night did not make it difficult for Crossland and Stapleford at all. Despite an early contact with the QLASH car, the duo made progress through the field with a great strategy call. Crossland stopped at the last possible lap in the pit window, gaining 5 positions and moving from P8 to P3. Stapleford overtook the Jardier Community #44 car, but could not fight with the winning team, Simware.Pro #42, which was able to extend their lead in the overall standings.

Simware.Pro #42 and BMW G2 Sim Racing Team are separated in the overall standings by Maciej Malinowski and Mikhail Statsenko in the #449 YAS HEAT Pirelli. Coming into Imola, they were seeking redemption after a subdued round in Barcelona, and they can be satisfied with the results.

Statsenko qualified the car in P10 but was able to immediately make up some positions. He joined the fight for sixth between Williams Esports #80 and Simware.Pro #41. Contact between the two of them favoured Malinowski, who found himself in P7, a spot he would keep until the chequered flag.

In race 2, YAS HEAT Pirelli started in P4 and ended in the same place. At one point it seemed like they could have a shot at a podium position, but Valentin Barrier’s pace in the Jardier Community #44 was too much for Statsenko, who had to settle for P4 in the end. The combined results guarantee the second spot in the standings, 21 points behind championship leaders Simware.Pro #42.

Jardier Community make the most of the grid reversal

At this point of the championship, Jardier Community might be too far behind to fight for the final win, but they can still hope for a good spot in the standings. In fact, they now sit in fifth place, thanks to an outstanding double performance in Imola. The team came into round 4 with a 15 seconds penalty, as Valentin Barrier accumulated 3 licence points through the first three races. But it was not enough to stop him and Krzysztof Maczkowski.

In race 1, they started from P4, showing strong pace and making the best of Bentley’s straight-line speed, as they fended off attacks from other teams. After serving the penalty in the pit window, Maczkowski found himself down in P16. Some chaos ahead, combined with a strong and consistent pace, meant that #44 could clinch a crucial P10 by winning a drag race to the line with the FFS Racing #123 driven by James Parker.

The result in the first race meant that they could benefit from a start ahead of the pack, which was converted into a P3. Maczkowski lost the lead of the race after 20 minutes – a costly mistake exiting the final corner gave the chance to Mikhail Bykov to conquer P1, which Simware.Pro #42 would never leave until the chequered flag.

Next up: Bathurst, the season finale

Before the start of the Coach Dave Super Sprint there was a lot of excitement for the championship format and the unpredictability it could have brought. Well, with just one round left, we can safely say that the competition has lived up to its expectations. Eight races so far, eight different winners: Simware.Pro, YAS HEAT (Pirelli and Richard Mille), BMW G2 Sim Racing Team, Jardier Community, SMP Racing Esports, Veloce and KKrämer Racing eSports.

The twists and turns of this championship are not over yet, though. The drop round rule will make calculations more difficult to do heading into the final race, but with many points still up for grabs anything could happen. The first four teams are separated by just 32 points.

Will we see two new different winners or will someone be able to step up and take control of the situation on the mountain in Bathurst? The wait is almost over: the final round is scheduled for May 12.