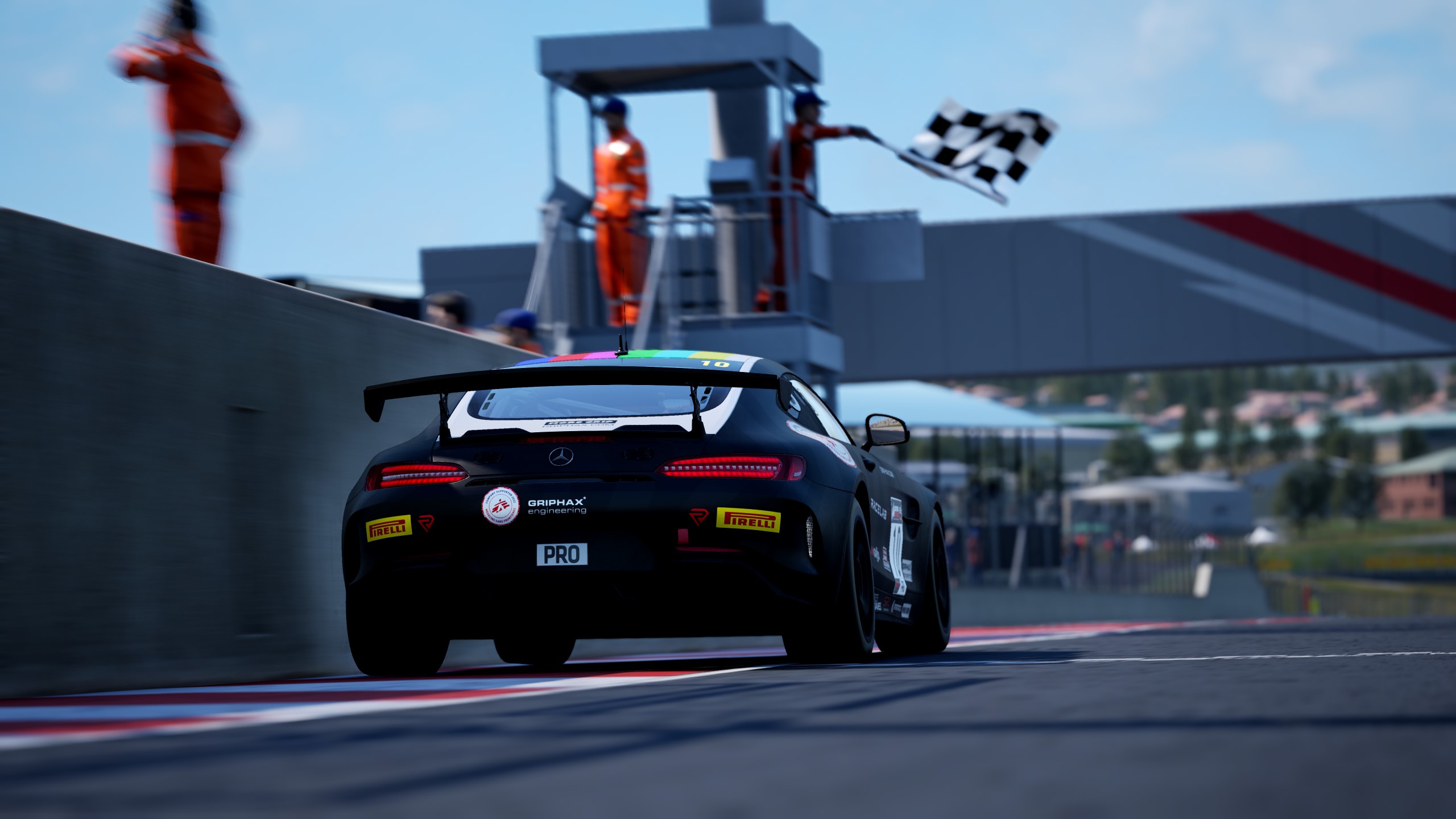 One round, two races. Not much racing is left in the fifth edition of More Female Racers, but the results of the penultimate round are set to boost interest for the season finale. There has been a leadership change in Silver and Am, while Aloo Gobi suddenly turned around her Pro campaign.

Let’s see in detail what happened at Kyalami.

In the previous race report, we mentioned how qualifying had been the difference maker in Pro class. Aenore Rose built her leadership in the standings by starting at the front, where she could defend the first spot throughout the race. A strategy that paid its dividends, as Rose collected 5 wins in 6 races.

In Kyalami, Gobi set the tone early by topping the timesheet in qualifying with a 1.49.682. At the first green flag, the Griphax Engineering racer covered the inside line in turn 1. Rose tried to answer throughout the entirety of the first lap, but Gobi did not blink. Slightly superior pace, along with perfect traffic management, gave Gobi the first win of the evening with a comfortable 3-seconds gap over Rose.

With Gobi covering the inside line at the start of race 2, Aenore Rose took a different approach trying to go around the outside. The Mercedes-AMG GT4 #956 went too deep into the braking zone and almost gave away the second spot, with Sara Dove coming from behind. Rose was able to hold P2, but could not put any pressure on Gobi, who took the full loot of points available: two wins, two fastest laps.

The fight is on.

Queens’ Design duo to compete for the Silver title

Kyalami has not been kind to championship leader Ruby Acosta. Starting from P4, Queens’ Design racer was involved in two incidents in the span of two laps. With the championship leader ending the race in P6, Jenny Camugli could go on to claim the win by keeping Paula Braydi at bay. Denise Pope, who started from P7, completed the podium following an impressive comeback drive.

With Camugli not able to make it to the grid for the second race, the fight between Braydi and Pope quickly heated up. Pope took the lead on lap 1, but a small tap in the back from Braydi sent both racers in a spin. From that moment onwards, things went south for the two front runners. Pope ended up in the middle of the AM field, while Braydi was involved in another collision with Sophie Aeronwen and had to serve a 25-second penalty for the two incidents.

With the entire race 1 podium unable to compete for the top spots, April Carlsvard (P4 in the first race) moved up to P1 and never looked back. Behind her, Esmeralda van der Naald was closely followed by Ruby Acosta and Azzy Iredale. In the final minutes of the race, Acosta went for a move in the downhill section of sector 2. The two Mercedes-AMG banged tires and Acosta gave the position back to van der Naald. A nice application of the good old golden rule of racing, but not enough to hand P2 back to van der Naald as Iredale claimed it.

Selene Witcher takes over the lead in Am class

Another class, another leadership changing hands. From Cosmo Marsh to Selene Witcher. But in Kyalami, it was Stryxnine Pulsatrix stealing the scene. Following a promising debut at Imola, Pulsatrix left nothing on the table and brought home two wins. Despite not being able to fight for P1, Selene Witcher can be satisfied with the Kyalami racing evening.

In race 1, Witcher comfortably claimed P2. Following a poor start, Cosmo Marsh had to fight hard with Anne Wintels (P4 at the chequered flag) to complete the comeback and step on the podium – damage limitation that she wasn’t able to do in race 2. After being involved in an incident with Camoriano on lap 2, Marsh fell down the order and crossed the line in P5. Despite being hit by a 15-second penalty, Camoriano stayed ahead of Marsh by less than one second. Alongside Pulsatrix and Witcher, it was Roberta Lesca stepping on the podium in P3.

Spa-Francorchamps is set for the season finale

Another season of More Female Racers is coming to an end. And for the final round, our public picked Spa-Francorchamps as the last race venue. All three titles are still up for grabs. Rose or Gobi? Carlsvard or Acosta? Witcher or Marsh? Who will be our new three female champions? Tune in on Monday 19th December on the SimGrid YouTube channel and cheer for your favourite racer!