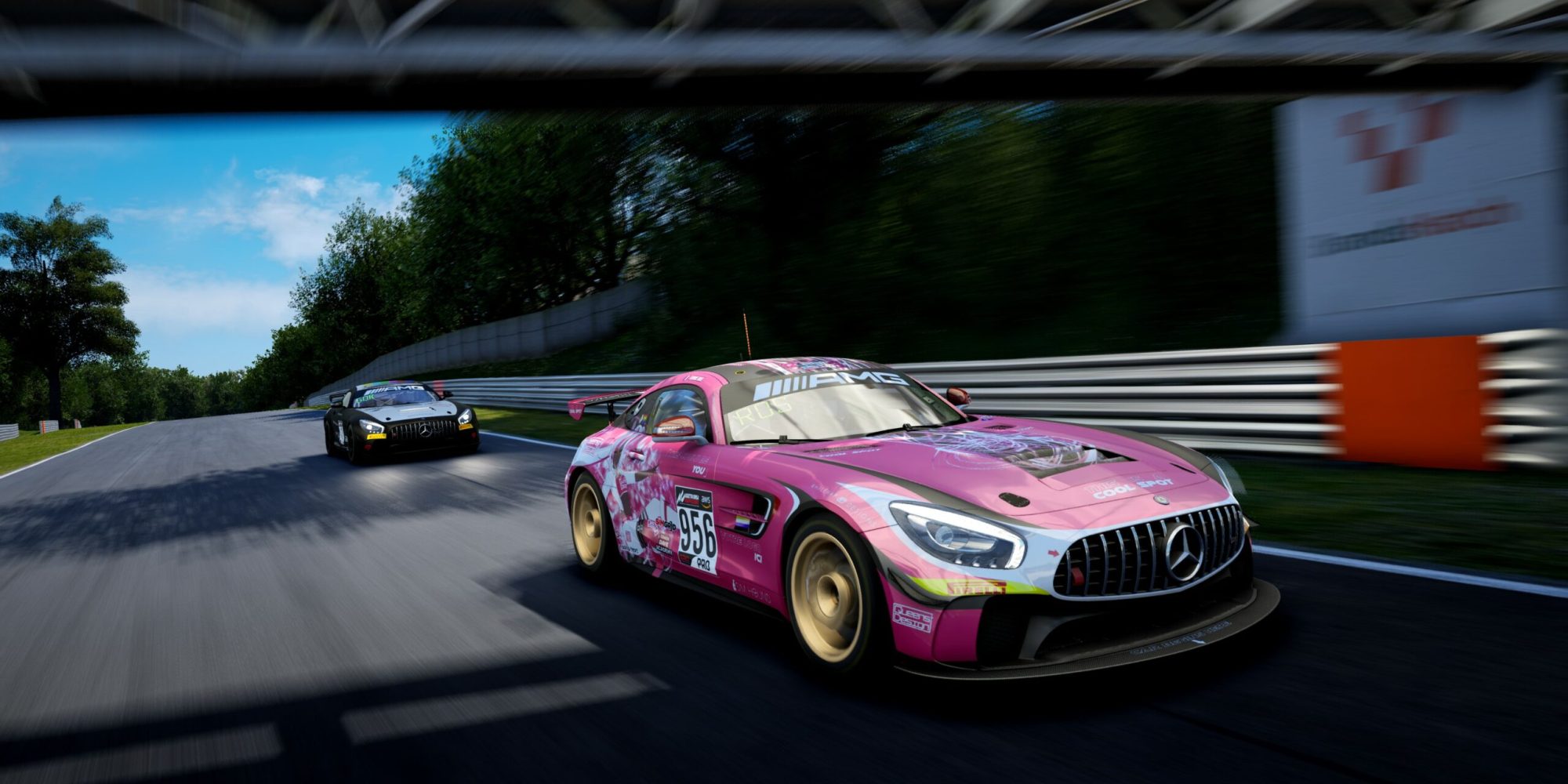 Four races, four wins. Can someone stop Aenore Rose? Right now, the answer is no. Brands Hatch hosted the second round of More Female Racers Season 5 powered by Mercedes-AMG. An uncommon British sun welcomed drivers to the tight track for the double-race format that we are getting comfortable with in this MFR edition.

Different track, same story. Aenore Rose won both races, as she already did two weeks earlier at the Nurburgring. But it was far from easy. Aloo Gobi posed a significant threat to Rose. While the track itself does not offer many overtaking chances, lapped traffic is always a factor. A minor incomprehension could have given the opportunity to Gobi to attack, but in race 1, the occasion never arose.

Right when race 2 was looking to follow the same path, Gobi created that chance on her own. During the final lap, she managed to get closer and closer to Rose, trying to go wheel to wheel through the second sector. With the two cars fighting for P1, Gobi went for a desperate move in the final corner. They banged tyres, but Gobi claimed the provisional win. The stewards had something to say about that manoeuvre and with a 5-second time penalty gave P1 back to Rose.

Gobi was able to keep P2, but Victoria Thomson ended just 7 seconds behind the winning car. Thomson had an overall positive round, maintaining a safe distance from Sara Dove. Both racers seemed to lack a couple of tenths to be right there with Rose and Gobi and it will be interesting to see if they can find them in the remainder of the season. On the other hand, it was a race to forget for Delilah Hazel. She started in the middle of the Silver field and never emerged from it to catch up to the other Pro class entries.

She might have struggled in the opening round, but Sophie Aeronwen definitely delivered in Brands Hatch. With a start from pole position and two wins in the bag, she wants to have her say in the fight for the Silver title, especially with the drop round rule. In race 1, Aeronwen was able to pull away from the rest of the pack right off the bat. A good idea, especially as the pack behind heated up quickly.

Esmeralda van der Naald was looking to be her main rival, but an unfortunate accident with Denise Pope at the beginning of sector 2, put an end to her hopes. Ruby Acosta and April Carlsvard looked with interest at what was happening in front of them and quickly put Pope under pressure. Queens’ Design duo did not have to make a move on track though, as Race Control gave a 10 seconds time penalty to Pope for the contact with van der Naald. Aeronwen won race 1 ahead of Acosta, Carlsvard and Pope, with Bochenska rounding up the top 5.

Similar to what happened in the first race, Aeronwen quickly created a comfortable gap from the rest of the pack in race 2. Once again, this saved her from chaos. In an attempt to reconquer the two lost spots, Pope went for an optimistic dive, making contact with Carlsvard and Acosta. In the heat of the moment, Pope rushed the rejoin on track, colliding with one of the cars coming from behind and involving more. While Pope reported heavy damage and finished in P14, Carlsvard and Acosta managed to escape from major consequences. Their comeback race brought them back respectively in P4 and P6.

With many of the front runners from round 1 involved in early chaos, it was time for some ‘underdogs’ to shine. Paula Braydi and Alethea Boucq took the chance and stepped on the podium in P2 and P3. A much-needed result for both of them, following a slow start to the season at the Nurburgring.

Iredale wins her duel with Sturch in AM class

After the double win in round 1, Azzy Iredale did it again at Brands Hatch. Cammie Sturch kept things close, especially in race 1, but could not stop the Mercedes-AMG GT4 number 37. Until this moment, Iredale and Sturch have been in a league of their own compared to the rest of the AM field and one has to wonder if they will be moved up to the Silver class.

If this will be the case, it will be interesting to see what the standings will look like. As stated in the rules, if they get moved to a different class, all the results will be recalculated as if they always raced in the final category they get assigned to. For example, Iredale finished right behind Silver class winner Aeronwen in race 2. Of course, until a decision is taken, this is just pure speculation.

Annalise Riot and Ers Aphelion were able to claim a P3 each behind Iredale and Sturch. Impressive performance by Laura Valenza too, as the Italian racer finished in fourth twice. She will definitely be looking for more in the next round, that will be a home race for her.
In fact, the public chose Imola over Paul Ricard and that is where round 3 will be held in just two weeks’ time. Subscribe to the SimGrid YouTube channel to not miss any of the action provided by More Female Racers Season 5!